Injured James Pattinson ruled out of remainder of BBL

The 28-year-old pacer sustained the injury during his side Brisbane Heat's eight-wicket defeat at the hands of Melbourne Renegades in their BBL clash on Thursday. 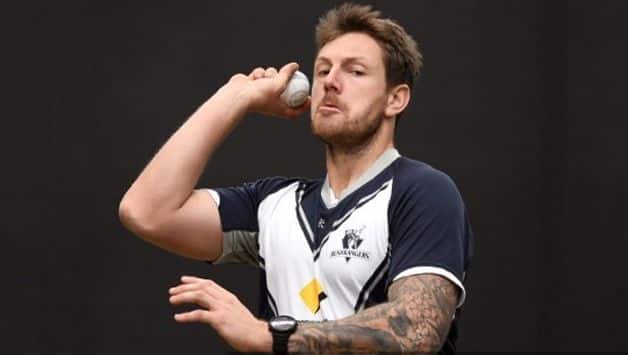 Australian fast bowler James Pattinson has been ruled of the remainder of the Big Bash League (BBL) 2018-19 after suffering a side strain.

The 28-year-old pacer sustained the injury during his side Brisbane Heat's eight-wicket defeat at the hands of Melbourne Renegades in their BBL clash on Thursday.

Later, scans confirmed the injury and the Australian pacer had already traveled to Melbourne with the Heat for their return clash in the tournament on Sunday, cricket.com.au reported. However, he has now been sidelined.

Pattinson has been quite impressive with the ball throughout the T20 lucrative tournament, having bagged four wickets in five matches he played at an economy rate if 6.76.

Pattinson made a return to competitive cricket only this summer after a 15-year hiatus, which also saw him undergo back surgery in November 2017. Following that, his workload was managed carefully during the first part of the Sheffield Shield season when he took nine wickets in four matches he played for Victoria.

Meanwhile, Brisbane Heat are currently languishing down to the second-bottom of the table, having clinched just two victories from six matches he played in the tournament so far.