The 28-year-old sustained the injury while fielding on the third day of New Zealand's an innings and 12-run win in the second Test against Bangladesh at the Basin Reserve in Wellington. 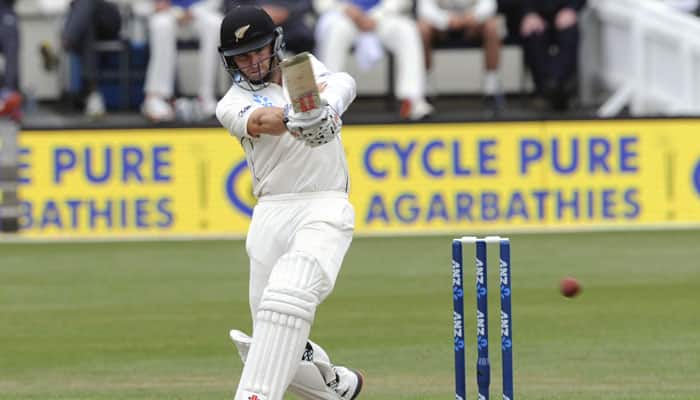 New Zealand skipper Kane Williamson is doubtful for his side's third Test of the ongoing three-match series against Bangladesh after recently suffering a grade one tear to his left pectoral minor muscle.

The 28-year-old sustained the injury while fielding on the third day of New Zealand's an innings and 12-run win in the second Test against Bangladesh at the Basin Reserve in Wellington.

Subsequently, Williamson struggled to bat with the left shoulder on day four of the match and now the MRI scans have revealed the extent of the injury.

Reflecting on the same, New Zealand head coach Gary Stead said that the captain would now head to Christchurch where he would be assessed to decide his availability for the third and final match against Bangladesh, beginning Saturday at the Hagley Oval.

"Kane is obviously keen to play this final game, but we'll look to take a safety-first approach, particularly with the World Cup on the horizon," ESPNcricinfo quoted Stead as saying.

Meanwhile, wicketkeeper-batsman BJ Watling had also sustained a hamstring injury while warming up on the fifth day of the Wellington Test and Stead confirmed that the management has decided to keep him out of action so that he could be fit in time for the final match.

In case Williamson doesn't fit in time for the dead-rubber clash,  Will Young could make his Test debut in Christchurch, Stead hinted.

"Will has been in our Test squad as batting cover for the past two series and he should be confident following some strong performances domestically and for New Zealand A," the head coach said.

New Zealand have already sealed the three-match series with a game to spare following an innings and 52-run win in the opening match in Hamilton before clinching a huge victory at Hagley Oval.

There can't be 11 Virat Kohlis in a team, says Muttiah Muralitharan