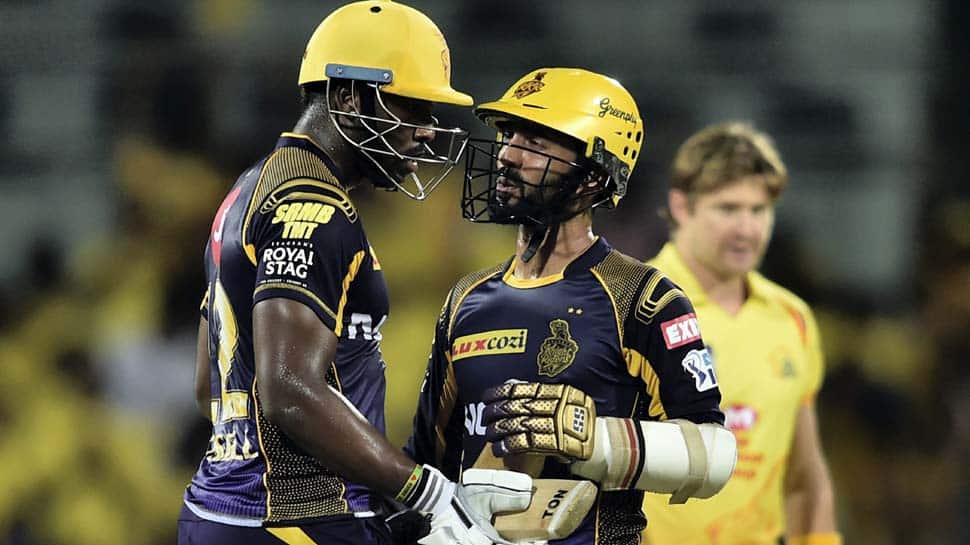 Chasing 203 to win, CSK also needed significant performances from Shane Watson (42), Ambati Rayudu (39) and MS Dhoni (25) to help themselves over the line with one ball to go as Ravindra Jadeja finished off the job with a six off Vinay Kumar off the penultimate ball of the last over.

Here is how all eight teams are placed in the standings after the completion of the CSK-KKR encounter.

Going back to the match, Vinay was left heartbroken as he couldn't defend 17 runs in that last over.

Billings replaced Kedar Jadhav, out for the rest of the season, and straight away proved his worth through five sixes and two fours. His fourth-wicket 54-run partnership with Dhoni went a long way towards Chennai overcoming Dinesh Karthik's men.

Earlier in the day, after Dhoni decided to bowl in Chennai's first home game in almost three years, allrounder Andre Russell scored an IPL-best 88* off 36 balls to propel Kolkata to a solid 202/6.

KKR were reeling 89/5 midway through their innings but the arrival of Russell to the crease brought good tidings to the visitors.

KKR scored 113 runs in the last 10 overs, including 79 in the last five and as many as 11 sixes came off the bat of the burly West Indian.

His aerial hits went the distance and no bowler from the CSK ranks escaped his assault, including an accomplished bowler like Bravo.

Bravo, who had a great day both with bat and ball against MI in the league opener on Saturday, came in for some serious hiding from Russell who took three consecutive sixes off him in the penultimate over of the innings.

Those three sixes took Russell's sixes tally to six against the fellow West Indian. As a result, Bravo finished with 0/50 in his three overs.

Imran Tahir (4-0-26-0) was the most economical bowler from CSK but he bowled during a period when KKR were looking to repair their innings following the wickets of Sunil Narine (12), Chris Lynn (22), Nitish Rana (16), Robin Uthappa (29) and Rinku Singh (2). In terms of the wickets, Watson was the most successful bowler with figures of 2/39.