IPL 2019, Chennai vs Kolkata: How the action unfolded

Opting to bowl first, Imran Tahir finished with brilliant figures of four for 27 while Shardul Thakur bagged two wickets to help Chennai restrict Kolkata to a score of 161/8 in their stipulated 20 overs. 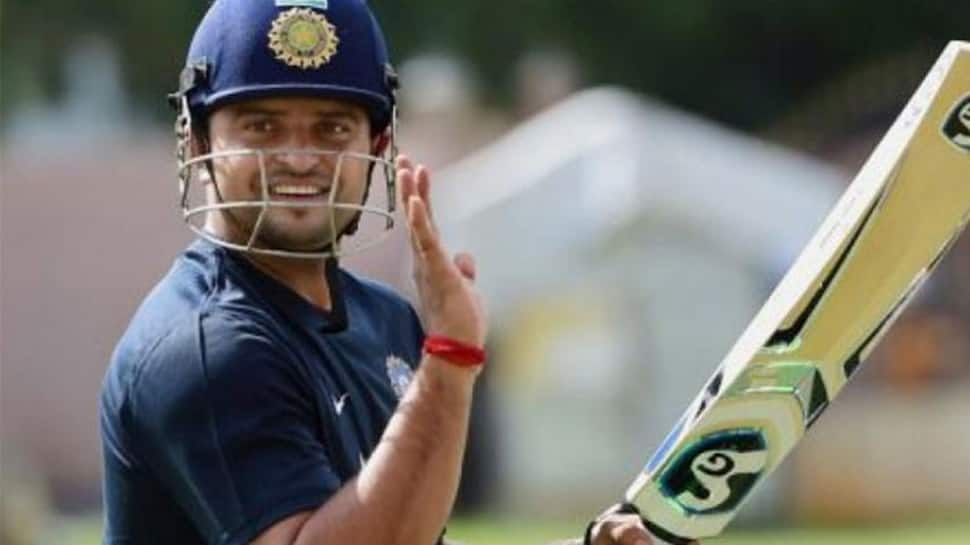 After Imran Tahir shone with the ball, Suresh Raina pulled back his maiden fifty of the Indian Premier League (IPL) to guide Chennai to a five-wicket win over Kolkata at Eden Gardens on Sunday.

Opting to bowl first, Tahir finished with brilliant figures of four for 27 while Shardul Thakur bagged two wickets to help Chennai restrict Kolkata to a score of 161/8 in their stipulated 20 overs.

In reply, Raina struck an unbeaten 42-ball 58 runs while Ravindra Jadeja also scored a significant unbeaten knock of 31 runs to help Chennai chase down the target with two balls to spare.

# 17 runs off the last two overs, including two boundaries. Raina continued to stand strong at the crease as he brought up his first half-century of the IPL off just 36 balls. He achieved the feat by tucking the first delivery of the 17th over towards square leg for a single.Chennai 138/5 (18 overs)

# Wicket! A big blow for Chennai as they lost skipper Dhoni for 16. Dhoni was caught leg before wicket off the fourth delivery of the 16th over from Narine. Chennai 121/5 (16 overs)

# Skipper MS Dhoni is the new batsman in!

# Wicket! Jadhav was caught leg before wicket off the first delivery of the 12th over by Chawla. Chennai need 79 runs from 48 balls. Chennai 83/4 (12 overs)

# Wicket! Chawla was introduced into the attack and he delivered immediately by removing Rayudu for 5. The Chennai batsman firmly struck the first delivery of the 10th over but straight to Robin Uthappa at cover. Chennai  70/3 (10 overs)

# 14 runs off the last two overs. Raina and Rayadu are currently batting at their respective scores of 23 and three, with Chennai needing 101 more runs from 11 overs. Chennai 61/2 (9 overs)

# Wicket! Sunil Narine was introduced into the attack and he delivered in his very first over by bowling out du Plessis for 24. Dhoni's side now need 118 runs from 14 overs. Chennai 44/1 (6 overs)

# 15 runs off the last two overs, including three boundaries from Raina. Du Plessis (24) and Raina (14) are looking to stitch a partnership after losing Watson early as Chennai need 118 more runs from 15 overs. Chennai  44/1 (5 overs)

# Wicket! Harry Gurney gave the breakthrough to Kolkata by removing Watson for six. The Kolkata bowler delivered a length delivery as the ball beat the inside edge of the bat and caught Watson on the back leg in front. Chennai 29/1 (3.1 overs)

# 10 runs of the very first over. Watson got off the mark by scoring a boundary off the very first ball, while Du Plessis too opened his account with four runs by clipping the third delivery from Krishna backward of square. Chennai 10/0 (1 over)

# Piyush Chawla is the new batsman in!

# Wicket! Karthik sliced the second delivery of the 18th over from Thakur high in the air, but failed to get enough distance as Du Plessis bagged a good catch at long-off. Kolkata 152/6  (17.5 overs)

# Shubhman Gill is the new batsman in!

# Wicket! Imran Tahir seems to be on a roll today as he struck twice yet again to remove Lynn and Andre Russell for 82 and 10, respectively. While Lynn was caught by Shardul Thakur at deep wicket, Russell was taken by substitute fielder Dhruv Shorey off the fifth delivery of the 15th over. Kolkata 133/5 (15 overs)

# Dinesh Karthik is the new batsman in!

# Wicket! Imran Tahir struck twice to remove Rana and Robin Uthappa for 21 and duck, respectively. While Rana was caught by du Plessis off the second delivery of the 11the over, Uthappa was too taken by the South African captain just a few yards from the long-off fence. Kolkata 81/3 (11 overs)

# 13 runs off the last two overs for Kolkata. Lynn continued to remain strong at the crease as he brought up a half-century off just 36 balls. He achieved the feat by slicing a length delivery from Imran Tahir into a backward point for a single. Kolkata 71/1 (9 overs)

# Nitish Rana is the new batsman in!

# Wicket! Mitchell Santner was introduced into the attack and he delivered in his very first over by taking a big wicket of Narine (two). The Trinidadian lofted the fifth delivery of the fifth over down the ground but didn't get enough distance as Faf du Plessis bagged the catch at long-on. Kolkata 38/1 (5 overs)

# Thakur bowled a good tight over before Chahar conceded 14 runs to Kolkata, including a six and two fours to Lynn. Narine, meanwhile, is yet to open his account. Kolkata 24/0 (3 overs)

# Eight runs off the very first over. Lynn got off the mark by launching the fourth delivery from Chahar high over cover for a boundary. Kolkata 8/0 (1 over)

# Chris Lynn and Sunil Narine have walked down the crease to open Kolkata's innings. Deepak Chahar to open the attack for Chennai.

# Chennai win the toss and opt to bowl first against Kolkata!

Mahendra Singh Dhoni-led Chennai will look to complete double against Team Kolkata when they face each other for the second time in the 2019 Indian Premier League (IPL) clash at the Eden Gardens on Sunday.

Chennai will head into the clash on the back of Dhoni's on-field argument with umpires during their four-wicket win over Rajasthan in Jaipur on Thursday. The wicketkeeper-batsman was fined 50 percent of his match fee for breaching a Level 2 IPL Code of Conduct.

Dhoni's side, who are currently placed at the top of the IPL standings with six wins from seven games they have played so far, will definitely head into the clash as favorites.

Chennai have been performing as a unit with the likes of Faf du Plessis, Ambati Rayudu, Suresh Raina, Shane Watson and Kedar Jadhav all contributing with the bat in some matches or the other.

Meanwhile, Deepak Chahar is the second highest wicket-taker in the IPL so far with 10 wickets.

Kolkata, on the other hand, are standing second in the table with four wins from seven matches.

Going into the match, Dinesh Karthik-led team would be keen to get back to winning ways after losing their last two matches against Delhi and Chennai by seven wickets.