Rohit Sharma-led Mumbai trumped Chennai by one run in the final of the twelfth edition of the Indian Premier League (IPL) at the Rajiv Gandhi International Stadium, Hyderabad on Sunday. 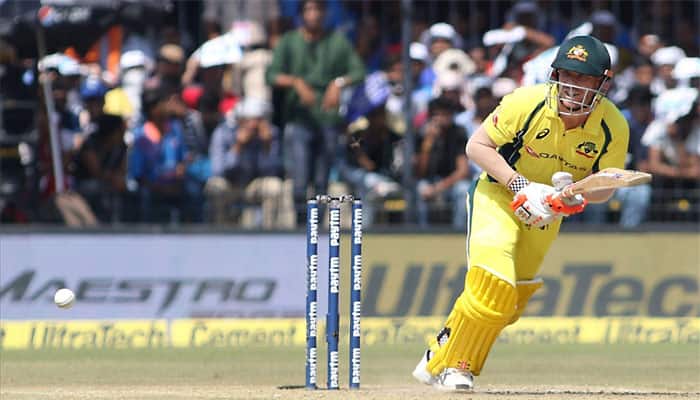 Rohit Sharma-led Mumbai trumped Chennai by one run in the final of the twelfth edition of the Indian Premier League (IPL) at the Rajiv Gandhi International Stadium, Hyderabad on Sunday.

The outfit bagged a record fourth title following victory in a nail-biting clash which went down to the last ball. Mumbai skipper Rohit Sharma won the toss and opted to bat.

The outfit posted a total of 149 runs for the loss of eight wickets in 20 overs, despite an excellent start from openers Quinton de Kock and Rohit Sharma.

Windies all-rounder Kieron Pollard was the leading run-scorer with 41 runs off 25 deliveries in an innings comprising of three boundaries and sixes apiece.

Pace-bowler Deepak Chahar was the leading wicket-taker in the Chennai bowling attack with three wickets. Chahar's three-wicket haul resulted in him jumping to the third spot in the list of the highest wicket-takers with 22 wickets.

In reply, opener Faf du Plessis ensured an aggressive start for Chennai with a 13-ball 26 in an innings comprising of three boundaries and a six.

Australian cricketer Shane Watson made his presence felt at this stage with a 59-ball 80 in an innings comprising of eight boundaries and four sixes. However, Watson's dismissal saw his side fail to get the side across the line despite needing four runs off two deliveries at that stage.

Hyderabad opener David Warner has finished as the leading run-scorer in the 12th edition of the Indian Premier League (IPL) with 692 runs from 12 innings.

Warner who left the tournament midway on international duty accumulated the tally at a strike rate of 143.86 and average of 69.20.

Mumbai opener Quinton de Kock who scored a 17-ball 29 against Chennai on Sunday jumped to the third spot with 529 runs in 16 innings.

Kolkata all-rounder Andre Russell rounds off the top-five list having amassed 510 runs in 14 innings at a strike rate of 204.81 and average of 56.66.

Proteas spinner Imran Tahir has won the race for the purple cap following his two-wicket haul against Mumbai on Sunday.

Tahir accounted for the dismissals of Suryakumar Yadav and Ishan Kishan finishing with 26 wickets in 17 matches.

South African fast-bowler Kagiso Rabada, who did not represent Delhi in the playoffs after being ruled out of the tournament due to a back injury, is placed on the second spot with 25 wickets in 12 matches.

Chennai pacer Deepak Chahar jumped to the third spot in the list following his three-wicket haul against Mumbai on Sunday, having bagged 22 wickets in 17 matches.

Rajasthan spinner Shreyas Gopal and Hyderabad pacer Khaleel Ahmed round off the top-five list with 20 and 19 wickets respectively.