IPL 2019, Delhi vs Punjab: How the action unfolded

Sam Curran finished with the figures of four for 11 as Punjab clinched a miraculous 14-run win over Shreyas Iyer-led Delhi in their fourth IPL clash on Monday. 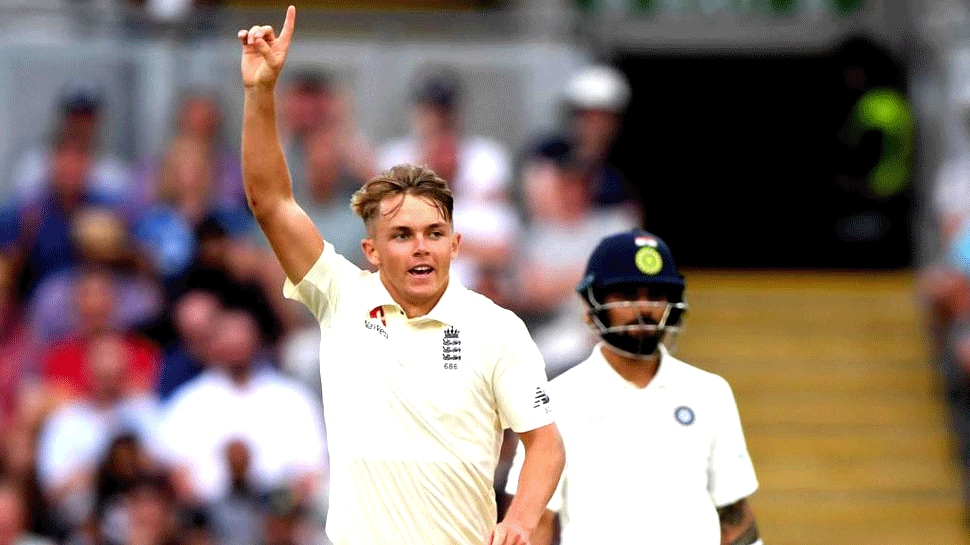 Sam Curran bagged a four-wicket haul as Team Punjab clinched a miraculous 14-run win over Shreyas Iyer-led Delhi in their fourth clash of the 2019 Indian Premier League (IPL) at the Punjab Cricket Association (PCA) Stadium in Mohali on Monday.

After being asked to bat first, Punjab were restricted to a score of 166 for nine in their stipulated 20 overs by the Delhi bowlers. David Miller (43) and Sarfaraz Khan (39) were the highest scorers for the hosts.

In reply, Shikhar Dhawan (30), Rishabh Pant (39) and Colin Ingram (38) came up with decent performances, but all their efforts went in vain as Curran displayed an exceptional bowling performance and was well supported by Mohammad Shami to help Punjab bundle out Delhi for 152 runs in 19.2 overs.

# Wicket! A big blow for Delhi as they have lost Ingram and Patel for 38 and zero, respectively.  While Ingram was caught by Karun Nair at long-on, Patel was caught behind the stumps by KL Rahul off Curran's deliveries in the 18th over. Delhi 148/7 (18 overs)

# Hanuma Vihari is the new batsman in!

# Wicket!  Mohammad Shami removed Pant and Chris Morris on successive deliveries in the 17th over to reduce Delhi to 144/5. While Pant was bowled out by Shami with the seam up delivery, Morris was run out by Ashwin off Shami's fifth delivery. Delhi 144/ 5 (17 overs)

# Good last two overs for Delhi as they have amassed 19 runs, including three boundaries to reduce the gap to just 50 runs. Ingram (27) and Pant (22) are currently batting at the crease and are looking to build a partnership here to help the visitors cross the mark with just six overs remaining. Delhi 117/3 (14 overs)

# Wicket! Dhawan was caught leg before wicket off Ashwin's fifth delivery of the 10th over. The Delhi batsman had to depart for 30. Iyer's side now needs 84 runs from 60 balls. Delhi 83/3 (10 overs)

# Wicket! Viljoen has bagged a big wicket in the form of skipper Iyer (28). The Punjab bowler delivered a length ball wide outside off and Iyer attempted to drive again but got an inside edge as the ball hit the stumps. Delhi 67/2 (8 overs)

# Dhawan (27) and Iyer (24) are looking settled at the crease as the duo has brought up a half-century stand for the second wicket after losing opener Shaw for a duck. The visitors now require 110 more runs from 13 overs remaining. Delhi 57/1 (7 overs)

# 14 runs off the last two overs, including two back-to-back boundaries from Iyer. The Delhi skipper first smashed a length delivery, outside off from Viljoen down to the backward-point for four runs before he played the very next delivery over short fine leg for another boundary. Delhi 39/1 (5 overs)

# Hardus Viljoen has been introduced into the attack!

# Wicket! Skipper Ashwin gave the breakthrough to Punjab as early as on the very first bowl. Ashwin bowled a full delivery outside off and Shaw looked for a drive but ended up getting an outside edge of the bat as KL Rahul whipped the bails off. Delhi 7/1 (1 over)

# Wicket! Punjab are now down by seven wickets after Viljoen (1) and skipper Ashwin (three) was caught in the 18th and 19th over, respectively.  While Viljoen was caught by Morris at extra cover off Rabada's delivery, Morris bowled out Ashwin with a low full toss. Punjab 153/7 (19 overs)

# Wicket! Morris has bagged a big wicket for Delhi by removing Miller. The South African attempted to go for an aerial shot in the midwicket region but ended up giving an easy catch to Rishabh Pant. Punjab 141/5 (17 overs)

# Mandeep Singh is the new batsman in!

# Wicket! As and when Miller and Sarfaraz were looking settled at the middle, the latter was caught behind the stumps by Rishabh Pant off Lamichhane's fifth delivery in the 14th over. Punjab 121/4 (14 overs)

# After a few early blows, runs have started flowing in for Punjab at a good pace as they have managed to add 22 runs, including a six and two fours, in the last two overs. Miller (31) and Sarfaraz (38) are looking settled at the crease and they have brought up a half-century stand for the fourth wicket. Punjab 117/3 (13 overs)

# 17 runs off the last two overs, including two boundaries. Avesh Khan was smashed by Sarfaraz for back-to-back boundaries in the fourth and fifth ball of the ninth over. Punjab 75/3 (9 overs)

# Wicket! Patel strikes in his very first. The Delhi bowler delivered a length ball wide outside off as Agarwal (six) smashed a drive to cover, only to see Dhawan take the ball and quickly rattle the stumps at the bowler's end. Punjab 58/2 (7.1 overs)

# Harshal Patel has been introduced into the attack!

# Wicket! Lamichhane was called into the attack and he delivered in his very first over by removing Curran for 20 runs. The Punjab opener was caught leg before wicket off Lamichhane's fifth delivery in the fourth over. Punjab 37/2 (4 overs)

# Wicket! Chris Morris gives an early breakthrough to Delhi by removing the big wicket of KL Rahul (15). The Indian opener was caught leg before wicket off Morris' fifth delivery of the second over. Punjab 15/1 (2 overs)

# Five runs off the very first over. KL Rahul got off the mark by hitting the third delivery from Rabada past midwicket for a boundary while Curran is yet to open his account. Punjab 5/0 (1 over)

# KL Rahul and Sam Curran have walked down the crease to begin Punjab's innings. Rabada begins the proceedings for Delhi.

#  Delhi, on the other hand, have made just one change in their Playing XI. Pacer Avesh Khan have been called in to replace out-of-form leg-spinner Amit Mishra.

#  Punjab have not included Chris Gayle or Andrew Tye in the Playing XI for today's match. Mujeeb-Ur-Rahman and Sam Curran have returned for the match against Delhi.

# Delhi win the toss and opt to bowl first against Punjab!

The focus will be on how Delhi pacer Kagiso Rabada counters hard-hitting batsmen of Team Punjab with his yorkers when the two sides face each other in the 2019 Indian Premier League (IPL) clash at the Punjab Cricket Association (PCA) Stadium in Mohali on Monday.

Earlier, Rabada produced a terrific performance as he once again relied on his yorkers to help his side defend the lowest total of 10 runs in a Super Over in the IPL history after the clash between Delhi and Team Kolkata were tied at 185 in the stipulated 20 overs each.

Heading into the clash, both Delhi and Punjab will be boosting with confidence, having clinched victories in their respective last IPL clashes.

Both sides have two wins in their account from three matches they have played so far in the 12th season of the Indian T20 League.

Ravichandran Ashwin-led Punjab kicked off their campaign with a 14-run win over Rajasthan before they slumped to a defeat of 28 runs at the hands of Kolkata. However, Punjab rebounded strongly to beat Rohit Sharma's Mumbai by eight wickets at home.

Delhi, on the other hand, posted a comfortable 37-run win in their opening match against Kolkata before they handed a six-wicket victory to Chennai in their second IPL clash. In the last clash, the Shreyas Iyer-led side sealed a thrilling win by three runs in the Super Over.

Meanwhile, Iyer will look to come up with a good performance in his 50th IPL match for Delhi.