Archer had a fantastic outing in IPL 2020 where he finished with 20 wickets from just 14 games while also scoring 113 runs at a brisk-pace lower down the order. 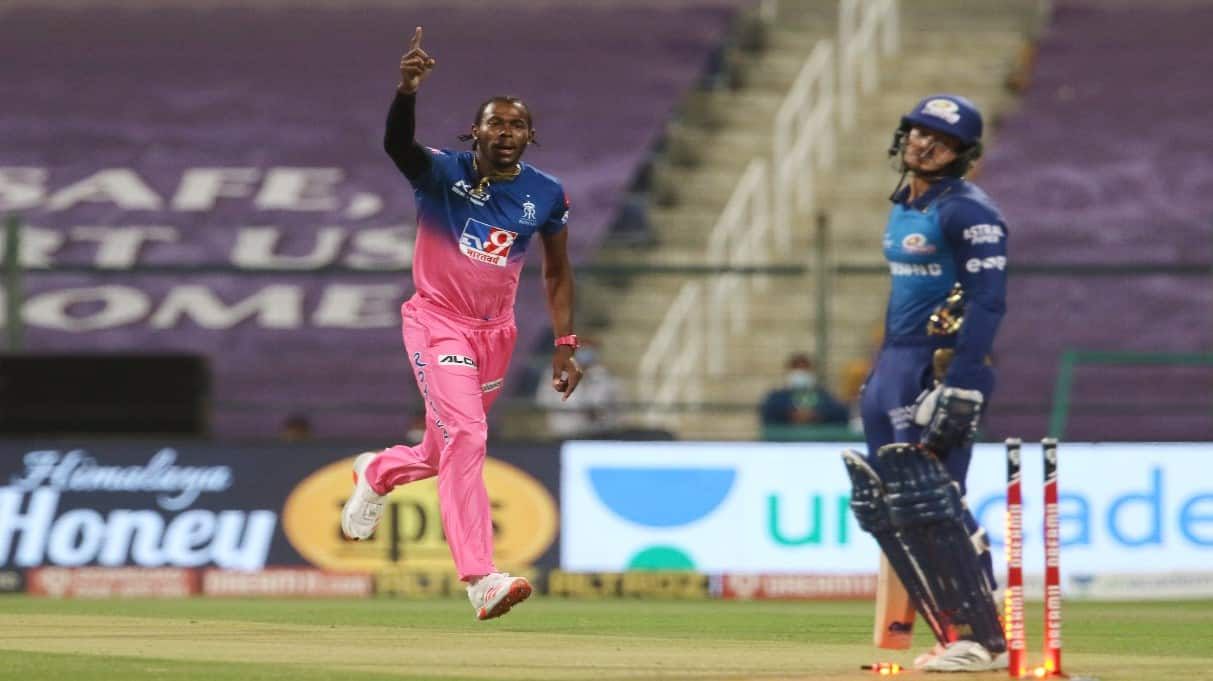 While Rajasthan Royals fell at the last hurdle and missed out on securing the IPL 2020 Playoffs berth, their Star pacer or shall we say all-rounder, Jofra Archer was crowned as the Most Valuable Player of the season. It was a deserving reward for the fiery pacer as he was aptly rewarded for his devastating bowling as well as his handy batting lower down the order.

Archer, who was in contention for the Purple Cap as long as his side were in the tournament, finished with 20 wickets from 14 games at a phenomenal economy rate of 6.55 while his bowling strike-rate of 16.70 was also amongst the best in the tournament. He finished at the seventh position in the top-wicket taker’s chart.

Now here’s where it gets interesting – Archer scored 113 runs from his 10 innings batting at the number 8 spot and had a breathtaking strike-rate of 179.36. He averaged 18.83 – a fantastic stat for someone batting so lower in the order.

Archer hit 10 sixes and so often was the power-hitter for Rajasthan in this season. While Steve Smith-led Rajasthan Royals struggled earlier on in the season, Jofra Archer was always on the money with his performances and wreaked havoc upon the opposition with his menacing pace.

While the fans of the franchise will be distraught as Rajasthan fell short yet again, Archer’s prestigious MVP award win bodes well for them going into the future and they would surely come out all guns blazing in the next edition of this cash-rich league