Gaikwad scored an unbeaten 101 off 60 balls against Rajasthan Royals on Saturday. 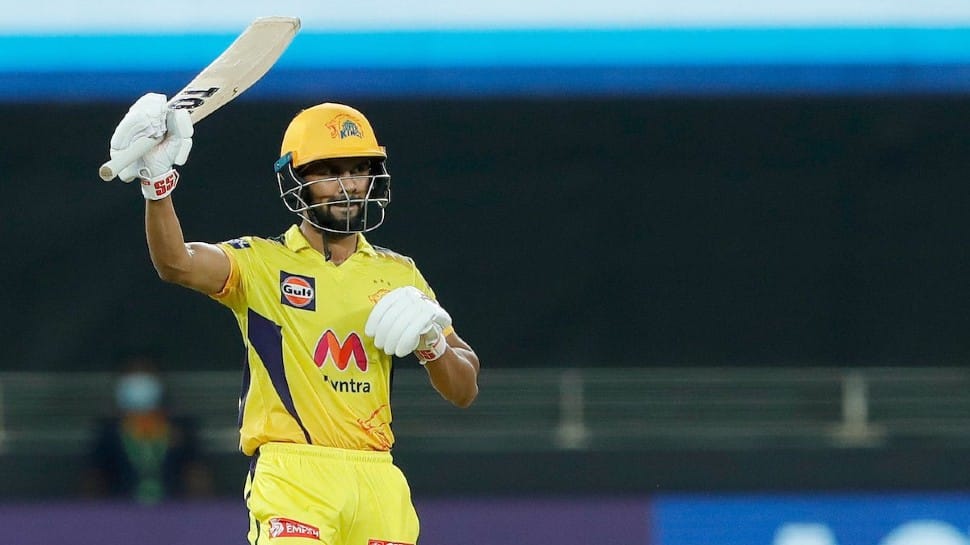 Ruturaj Gaikwad's unbeaten century for Chennai Super Kings (CSK) on Saturday seems to have left his fans and followers spellbound, who wasted little time in letting the 'hero in a losing cause' know they truly appreciated his superb effort against Rajasthan Royals.

Gaikwad scored an unbeaten 101 off 60 balls against Rajasthan Royals in Abu Dhabi and despite the huge effort from the batsman, CSK lost by seven wickets with 15 balls remaining despite amassing 189/4. RR, thanks to half-century efforts from Shivam Dube (64 not out) and Yashasvi Jaiswal (50), scored the required runs in 17.3 overs, to hand CSK a rare defeat.

Former Indian cricketer Virender Sehwag was effusive in his praise for the Gaikwad, saying, "Remember the name. #RuturajGaikwad. Special player, made for greater things. Matter of time before he dominates World Cricket. #CSKvsRR."

Remember the name.#RuturajGaikwad.
Special player, made for greater things. Matter of time before he dominates World Cricket. #CSKvsRR pic.twitter.com/XPp69w9tgE

Former India opener Kris Srikkanth too said he was destined for India glory in the coming decade, tweeting, "The next decade's super star has emerged for @ChennaiIPL! What a knock. @Ruutu1331. Brilliant display all around the ground! #CSKvsRR #IPL2021."

This was the 24-year-old Gaikwad's maiden IPL century and he smashed five huge sixes and nine boundaries. The batsman came into the limelight after his late-season heroics for CSK in IPL 2020. CSK were losing games, but Gaikwad was among the runs and hit three consecutive half-centuries back then.

Meanwhile, CSK skipper MS Dhoni has said that Gaikwad's century will not get "brushed under the carpet" just because his side had lost the game, adding that it was only because of the "brilliant knock" that the three-time champions got to 189.

"I think initially it (ball) was stopping a bit, which we saw with their wrist spinners. As the innings progressed, it started coming on well, Rutu's was an outstanding knock. When you lose the game, it can get brushed under the carpet but it was a brilliant knock. He batted very well to get us up to 190," Dhoni said in the post-match presentation.