Dhoni fired on all cylinders as he muscled the ball in the nets during CSK's practice session in UAE. 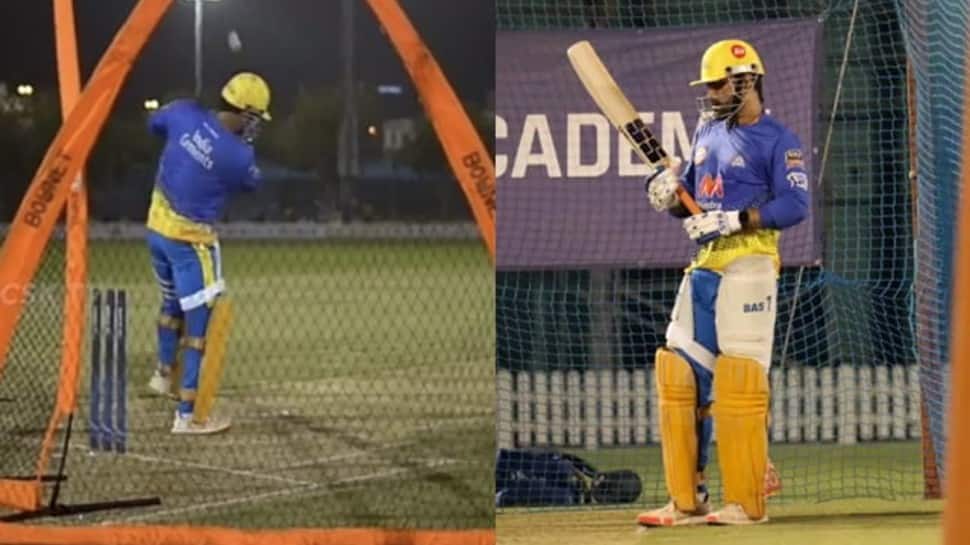 MS Dhoni-led Chennai Super Kings is leaving no stone unturned ahead of the second phase of the 14th edition of the Indian Premier League (IPL 2021) as the team gears up to take on arch-rivals Mumbai Indians on September 19 when the tournament resumes in UAE.

Meanwhile, Dhoni was seen firing a warning at his opponents with his swashbuckling batting in the nets. In a video, that surfaced on social media, the former India skipper can be seen whacking sixes all around the park. Dhoni fired on all cylinders as he muscled the ball in the nets during the practice session.

Notably, one of the most successful IPL teams, CSK failed to reach the playoffs last year for the first time in the tournament's history and Dhoni himself was poor with bat. However, CSK were second on the points table before IPL 2021 got suspended and they will aim to continue the good show when the cash-rich league resumes.

IPL 2021, which was postponed in May this year in the wake of the COVID-19 pandemic, will resume on September 19 in Dubai with a blockbuster clash between Chennai Super Kings and Mumbai Indians. The action will then shift to Abu Dhabi where Kolkata Knight Riders will square off against Royal Challengers Bangalore.

Sharjah will host its first game on September 24 when Royal Challengers Bangalore take on Chennai Super Kings. In all, 13 matches will be held in Dubai, 10 in Sharjah, and 8 in Abu Dhabi.