In IPL 2021, David Warner has notched a mere 195 runs at an average of 24.37 at an underwhelming strike rate of 107.73. Although he scored two half-centuries, Warner looked far from his very best. 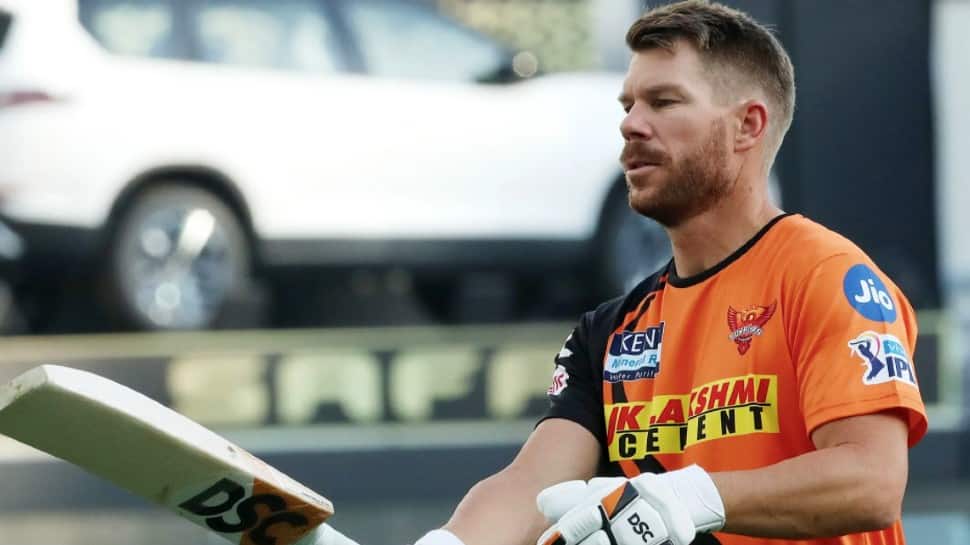 Australian opener and former captain of the Sunrisers Hyderabad team David Warner is all set to end his association with the franchise. Warner, who was left out of the playing XI for the IPL 2021 match against Rajasthan Royals on Monday (September 27), did not travel with the team to Dubai stadium for the fixture as well.

After winning the Orange Cap 2016, 2017 and 2019 seasons with the SRH, Warner hasn’t quite had the season he would have liked in 2021 with the willow. When the first leg took place in India, Warner was removed as the skipper of the team after which Kane Williamson took over.

In IPL 2021, Warner has notched a mere 195 runs at an average of 24.37 at an underwhelming strike rate of 107.73. Although he scored two half-centuries, Warner looked far from his very best.

Since the resumption of the league in UAE, Warner managed scores of zero and two against the Delhi Capitals and Punjab Kings. Thereafter, the SRH team management decided to leave him out for the game against Rajasthan Royals on Monday, September 27 at the Dubai International Cricket Stadium.

One of the SRH supporters was a tad bemused on not seeing Warner on the field. The fan took to Twitter and wrote, “Is Warner in the stadium… We didn’t spot him.”

Warner reverted to the fan, sounding pretty clear about his future at the Sunrisers. He replied to the fan and wrote, “unfortunately, won’t be again but keep supporting please.” 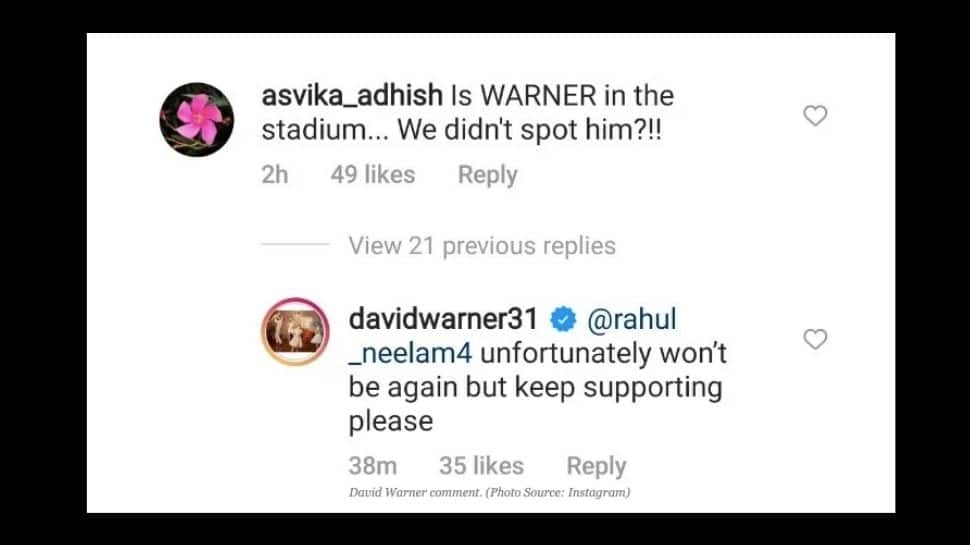 In place of Warner, the Orange Army roped in Jason Roy into the playing eleven. Roy went on to become the Player of the Match, scoring 60 as SRH won by seven wickets. Prior to the game, Williamson talked about the players playing to their strength and keeping their spirit high despite the team being knocked out of the competition.

Sunrisers Hyderabad head coach Trevor Bayliss said a struggling David Warner was dropped from the playing squad to give the youngsters in the side a chance as they are already out of contention for a play-off berth in IPL 2021.

“We can’t make the finals, so we made a decision that we want the youngsters to experience not just the matches, but time at the ground and around the set-up,” Bayliss said at the post match press conference.

“We have a number of young players who haven’t even been to the ground, even as reserves, so we wanted to give them opportunity to come and experience a game. And that might continue for a few more games, we’ve got to sit down in a day or two and pick a team and a squad of 18.”

Bayliss said Warner was supporting his team-mates from the hotel. “Dave obviously was watching the game at the hotel and giving his support to the boys. Just like everyone else. We're all in this together,” quipped the head coach.

Bayliss was specifically asked if this could be the beginning of the end of Warner at SRH, to which he said, “Look, that certainly hasn’t been discussed. This is the last year before the major final (mega auction), those decisions will be made later. He (Warner) has been a great contributor to Sunrisers for a number of years and he’s very well-respected. And with the amount of runs he has scored, I’m sure he has got a lot more runs in him in the IPL,” Bayliss signed off.