Anrich Nortje had managed to take two wickets in the match, including the scalp of opening batsman David Warner. But what impressed everyone was the pace he generated – breaking the IPL 2021 fasted delivery record at least 8 times. 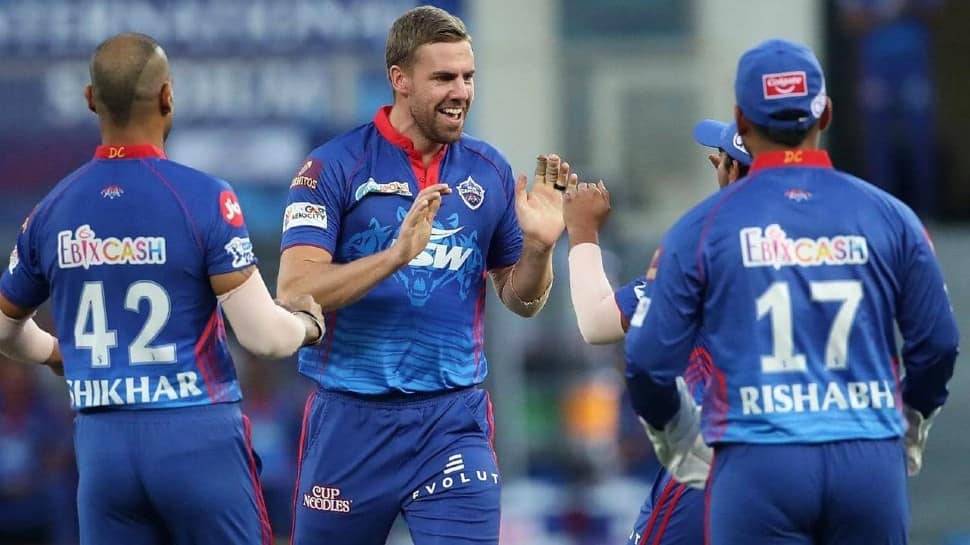 Delhi Capitals fast bowler Anrich Nortje on Friday (September 24) said he does not think about bowling fast when he goes out to the park to play for his team. Delhi Capitals is currently in the top spot in the Indian Premier League (IPL) 2021 points table. The side had defeated Sunrisers Hyderabad on Wednesday by eight wickets.

Nortje had managed to take two wickets in the match, including the scalp of opening batsman David Warner. But what impressed everyone was the pace he generated – breaking the IPL 2021 fasted delivery record at least 8 times.

“It is about finding the right lengths, whether it is with the new ball or old ball. Yorkers and bouncers in between, every wicket is a bit different. It all depends on how the wicket is playing. I think it is about trying to adapt every day as quickly as possible. It is just about adapting and finding the right line. It is about taking the pitch out of it,” he added.

In spite of the win, DC have a fitness concern in Australian all-rounder Marcus Stoinis, who suffered a hamstring strain on Wednesday. When asked about fitness update on Stoinis, Nortje said: “We are just waiting on some results. He looks good, he is fine. I spoke to him this morning, but we are just waiting for some results. He had gone for a scan.”

Delhi Capitals will next square off against Rajasthan Royals on Saturday (September 25) at the Sheikh Zayed Stadium in Abu Dhabi. “Abu Dhabi wicket is a bit on the slower side. We have to be quick to assess. It is not going to be an easy game, heat will be a major factor. Hopefully, we can just control our skills. We need to focus on how we go as a side. We are looking forward to tomorrow,” said Nortje.

When asked about the captaincy of Rishabh Pant, Nortje said: “It is difficult to say after one game. Obviously, just simple things, he is good with angles, really nice to have him as a wicketkeeper and captain.”