Ruturaj Gaikwad crossed KL Rahul’s tally when he crossed 24 runs in 4th over to grab the Orange Cap. But Faf du Plessis had other plans for the Final. 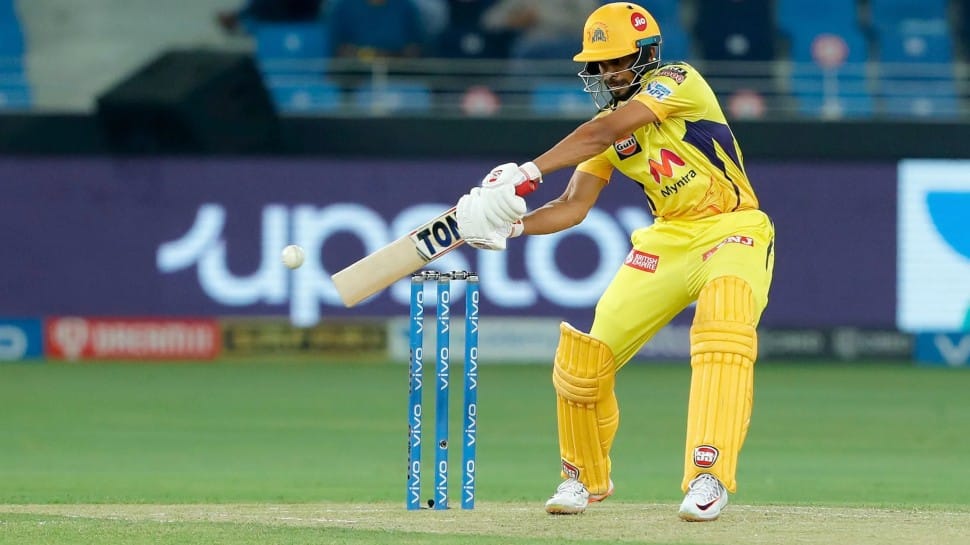 Chennai Super Kings opener Ruturaj Gaikwad became the Orange Cap winner in IPL history, winning the honour by the closest of margins by pipping his opening partner Faf du Plessis by two runs. Gaikwad ended up with 635 runs in 16 games, taking away from Cap from Punjab Kings skipper KL Rahul, who had 626 runs before the IPL 2021 final between CSK and Kolkata Knight Riders began on Friday (October 15).

Gaikwad crossed Rahul’s tally when he crossed 24 runs in 4th over to grab the Orange Cap. But Du Plessis had other plans for the Final. The former South African captain top-scored for MS Dhoni’s side, smashing 86 off 59 balls with 3 sixes and 7 fours powering his side to 192/3 after batting first.

Du Plessis was in 4th position in the Orange Cap race behind Delhi Capitals’ Shikhar Dhawan (587 runs) apart from Rahul and Gaikwad when the final began. By the time the last delivery of the Final came around, Du Plessis was just 3 runs away from taking away Gaikwad’s Orange Cap. He reached 86 with KKR skipper Eoin Morgan misfielding off the penultimate delivery but failed to clear long-on off the final ball of the first innings to win the Orange Cap.

Gaikwad became the youngest player at 24 years of age in the history of the Indian Premier League to win the Orange Cup. The opener took on the KKR bowling attack in the powerplay but he finally got out in the 9th over of the innings bowled by Sunil Narine after scoring 32 off 27.

“I think Shakib was about to bowl two overs, so I thought I’m maybe a better player of spin and I should take him on,” Gaikwad said during the innings break. “It’s stopping, holding up, we did brilliantly well to get to 190, it’s going to be challenging for them. I think it’s enough but we need to execute well.

When asked if he knew Du Plessis was close to winning the Orange Cap, Gaikwad said, “I wanted Faf to hit a six off that last ball to add six more to our total.”

Apart from Gaikwad and Du Plessis, Moeen Ali (37 not out off 20 balls) and Robin Uthappa (31 off 15 balls) powered Dhoni’s side to a massive first innings total.