Harshal Patel now stands a chance to become the bowler with the most number of wickets in a single edition of IPL. 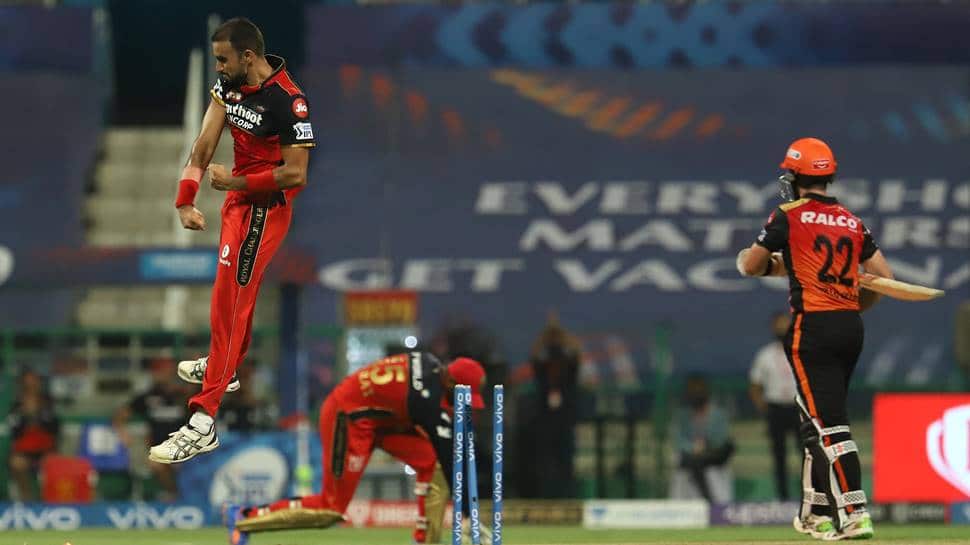 Royal Challengers Bangalore seamer Harshal Patel, who has emerged to be the most successful bowler in the ongoing edition of the Indian Premier League (IPL), reached a new milestone in the clash against Sunrisers Hyderabad on Wednesday.

The 30-year-old scalped three wickets in the contest and took his overall tally to 29 in the season so far. After the impressive show he surpassed Mumbai Indians' premier seamer Jasprit Bumrah to become the leading wicket-taker among the Indian bowlers in the history of the tournament.

Most wickets in an IPL season by Indian :
Harshal Patel - 29*

Full credit to Harshal Patel for this incredible turnaround from last season & Captain Virat Kohli for giving this opportunity pic.twitter.com/ZRhhsjdufd

Bumrah had scalped 27 wickets in the previous edition, while Bhuvneshwar Kumar, who stands third in the list, had picked 26 wickets in the 2017 edition.

Meanwhile with RCB already qualified for the play-offs and a league encounter still left to be played, Harshal now also stands a chance to become the bowler with the most number of wickets in a single edition. Harshal now stands three wickets shy of equalling Dwayne Bravo's record, who currently stands at top of the list with 32 wickets in the 2013 edition.

As of now Harshal stands third in the list, one wicket behind Kagiso Rabada, who won the Purple Cap in the previous year with 30 wickets.

Most wickets in an IPL season

In the contest on Wednesday evening, Harshal picked the important wicket of SRH skipper Kane Williamson, wicketkeeper-batter Wriddhiman Saha, and all-rounder Jason Holder, helping his side restrict the opposition for a paltry 141/7 in 20 overs.