Dhoni also broke a big jinx during the match as he hit his first-ever boundary off KKR’s ace spinner Sunil Narine in the IPL history. 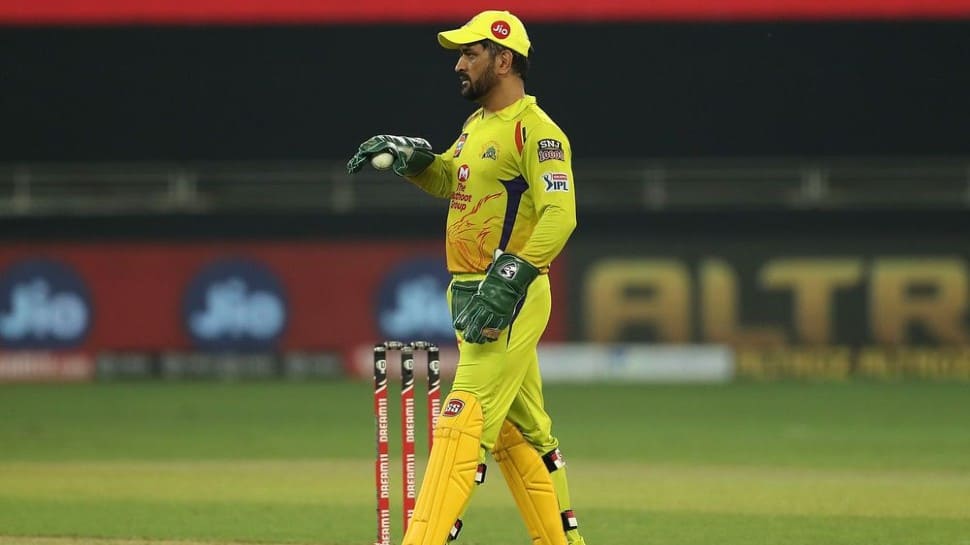 Chennai Super Kings skipper MS Dhoni on Wednesday added another feather to his illustrious cap as he became the first wicketkeeper to affect 150 dismissals in the history of the Indian Premier League (IPL). Dhoni achieved the unique feat in the IPL 2021 match against Kolkata Knight Riders on Wednesday (April 21) at the Wankhede Stadium in Mumbai.

The 39-year-old reached the milestone after taking catches to dismiss Eoin Morgan and Nitish Rana off the bowling of Deepak Chahar. The pacer took 4 wickets inside powerplay to reduce KKR to 31/4 in 5 overs.

Interestingly, KKR's former skipper Dinesh Karthik is the second-best wicketkeeper with 112 catches and 31 stumpings in IPL.

Notably, Dhoni also broke a big jinx during the match as he hit his first-ever boundary off KKR’s ace spinner Sunil Narine in the IPL history.

It is worth mentioning that Dhoni slammed his first boundary off Narine while facing his 65th delivery.

Talking about the match, Andre Russell's cracking 22-ball 54 and Pat Cummins' unbeaten 66 off 34 balls went in vain as Dhoni's Chennai Super Kings (CSK) defeated Kolkata Knight Riders (KKR) by 18 runs in a high-scoring thriller on Wednesday to make it three wins in a row in the ongoing IPL 2021.

CSK had raced to 54 without loss in the first six overs as KKR's decision to open the bowling with spinner Varun Chakravarthy and Pat Cummins did not materialise.

Cummins, in fact, was the hardest hit of all the KKR bowlers as he conceded 58 runs in his four overs, including 19 in the last over.

The South African du Plessis, who hit nine fours and four sixes, also shared a 50-run partnership with Moeen Ali (25 off 12 balls) as CSK reached 155/1 after the end of 16 overs.

After Ali's dismissal, skipper MS Dhoni chipped in with 17 runs off eight deliveries. The former India skipper hit a six and a four -- through an edge -- off India pacer Prasidh Krishna's bowling.

But it was du Plessis who stole the show. He hit three consecutive fours off Andre Russell in one over in the 19th over and then followed it up with two sixes off Cummins in the last over.

Earlier, du Plessis and Gaikwad had taken 15 runs off Pat Cummins's first over.

KKR's decision to play Kamlesh Nagarkoti in place of Harbhajan Singh didn't pay off as the seamer conceded 25 runs in his two overs.