KKR vs PBKS: Andre Russell sits out yet again, Eoin Morgan says THIS about all-rounder's fitness

Andre Russell was forced to sit out in their previous clash against Delhi Capitals earlier this week, which KKR won by three wickets. 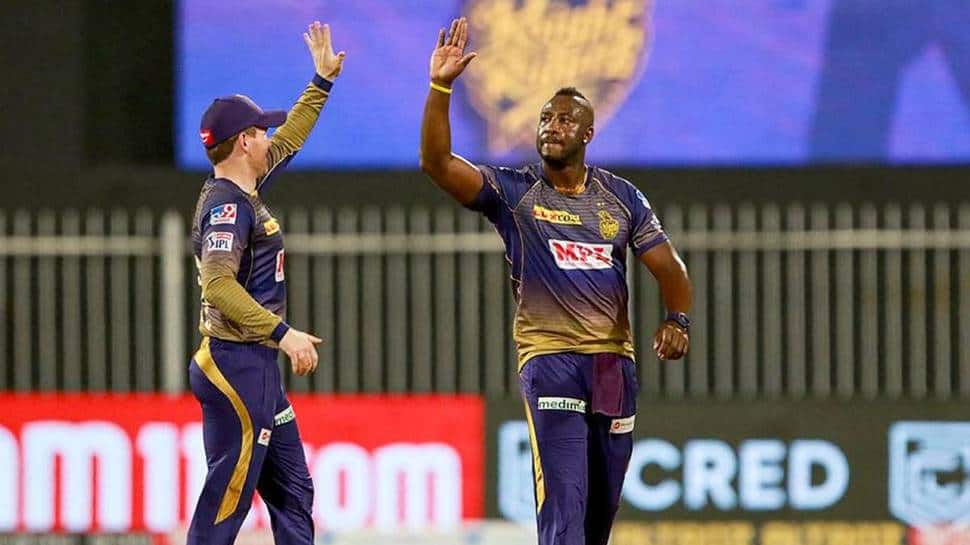 Andre Russell continues to remain sidelined as the all-rounder is yet to regain complete match fitness, as confirmed by Kolkata Knight Riders skipper Eoin Morgan ahead of the Indian Premier League clash against Punjab Kings.

The Windies all-rounder, who has been a vital cog in the KKR unit, was forced to sit out in their previous clash against Delhi Capitals earlier this week, which KKR won by three wickets.

"Lockie and Russell are being monitored day by day. They have to rehab extremely well in order to be fit," Morgan said when asked about Russell's recovery during the toss, which was won by KL Rahul, who opted to field.

Punjab captain KL Rahul, on the other hand, asserted that his bowlers have produced an inspirational show so far but it is the batting department which is yet to fire. The good news for Punjab is that in-form opener Mayank Agarwal returned to the playing XI, replacing Mandeep Singh.

Fabien Allen and Shahrukh Khan also make their maiden appearance in the second phase of the league.