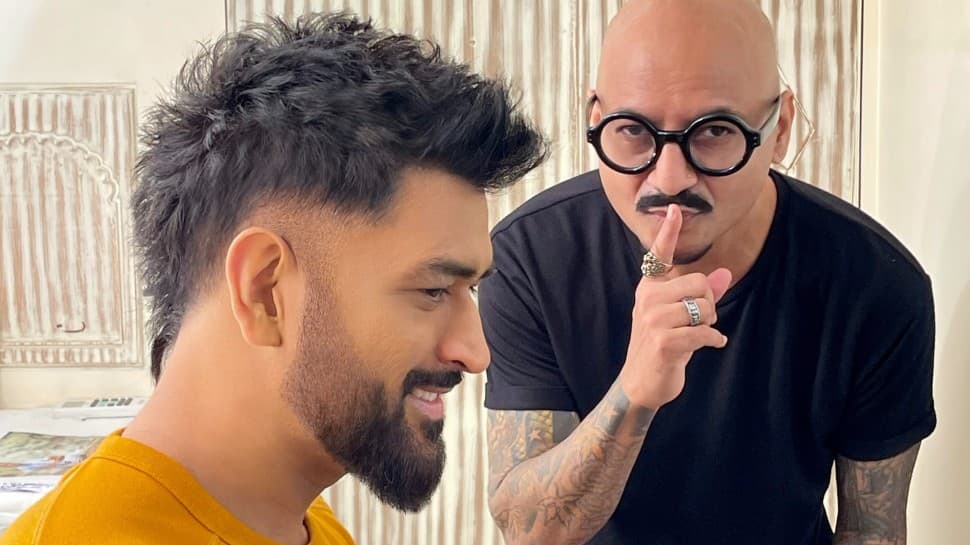 Former India team captain MS Dhoni has been spotted with a new hairstyle and he has divided the opinions of his fans. While some find it cute, others feel he could have avoided the hairstyle. Taking to his official social media handle, Aalim Hakim, the celebrated stylist shared some photos of the Chennai Super Kings skipper Dhoni.

He could be seen sporting a new hairstyle and beard look in a series of photos. Earlier on Tuesday, the former skipper hogged the limelight as his pictures in retro jersey went viral after an advertisement shoot. Filmmaker Farah Khan directed Dhoni for an advertisement and as soon as the pictures were posted on social media, the fans and followers couldn't keep calm.

Taking to Instagram, Farah posted a picture with Dhoni from the sets of their shoot, wherein he can be seen sporting the jersey. Along with it, she revealed that Dhoni took photographs with everyone present at the shoot right from her to the spot boys.

From long to short trimmed we all grew up #Dhoni#NewLook omg pic.twitter.com/rYEw3fZZAQ

Dhoni had announced his retirement from international cricket in August last year. The boy from Ranchi, who made his ODI debut in 2004, changed the face of Indian cricket with his calm demeanour, sharp understanding of the game, and astute leadership qualities.

The Chennai Super Kings (CSK) skipper will be back in action when the UAE leg of IPL resumes in September. Mumbai Indians will lock horns with CSK on September 19 in the first game.