Shami has been out of action since December 19, when he fractured his forearm on the third day of the first Test in Australia in Adelaide. 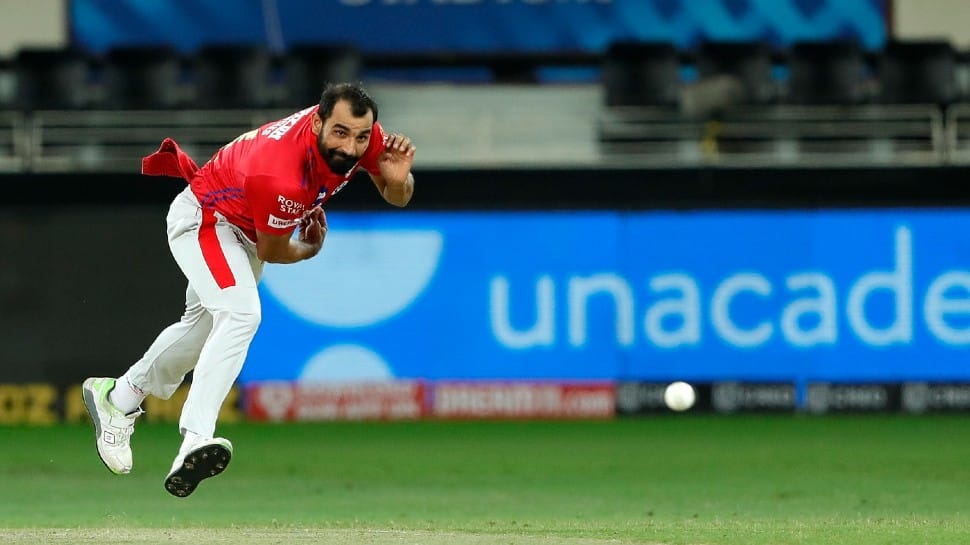 Punjab Kings head coach Anil Kumble on Saturday (March 28) confirmed that speedster Mohammed Shami is on his way back to action and set to represent the franchise in the Indian Premier League (IPL) 2021, which is scheduled to commence from April 9.

The right-arm pace bowler has been out of action since December 19, when he fractured his forearm on the third day of the first Test in Australia in Adelaide. Shami was hit by a Pat Cummins delivery and was forced to return home.

Although the fracture was expected to heal within four to six weeks, and before the England series, he was not considered match-fit for the England four-Test series that India won 3-1.

But it has been learned that Shami, who picked 20 wickets in 14 matches in IPL 2020, has been bowling for the past week or so and has been working at regaining match fitness at the National Cricket Academy. However, since the right-arm pace bowler was out of the bio-secure environment during his recovery period, he will have to undergo a week-long quarantine ahead of the IPL 2021.

"He is fine as far as I know. He is coming to the bio-bubble for the quarantine and he will be out in a few days. I know he hasn't played any matches since his injury but he is good to go. We are really looking forward to him playing a few practice games and then getting ready for the first game," Kumble told Sportstar.

Notably, Punjab Kings boast of an exciting pace lineup as they had roped in Jhye Richardson and Riley Meredith for INR 14 crore and INR 8 crore respectively in IPL 2021 auction. They also have a pace all-rounder in Moises Henriques, who was picked for INR 4.2 crore this auction. Moreover, their retained players’ list includes the likes of Chris Jordan, Arshdeep Singh, Ishan Porel, and Darshan Nalkande.

"I think in the smaller auctions, people tend to forget that the options are minimal. Every team wants to reinforce and fill the gaps and since the options are lesser, you tend to spend a lot more on the players. We wanted to have a squad which gives us options in case we want to rotate a few of our fast bowlers. Even our young Indian pacers are exciting. It is a fairly long tournament and the conditions will be pretty hot," Kumble said.

Meanwhile, Kumble also confirmed that KL Rahul will be their first-choice wicketkeeper ahead of Nicholas Pooran and Prabhsimran Singh.

“K. L. will be starting as a wicketkeeper and then, we will take a call. He did a great job last year and he will continue this year as well.”

Punjab Kings will open their IPL 2021 campaign against Rajasthan Royals on April 12.