It was Rahul Tripathi, who eventually saved the team the blushes with a penultimate ball six, which sealed KKR a place in the final against Chennai Super Kings 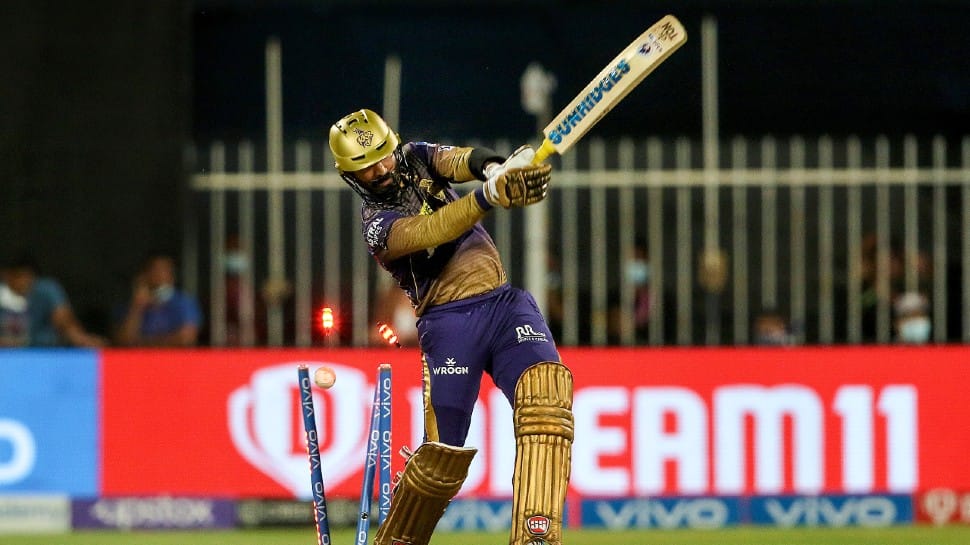 Kolkata Knight Riders almost committed harakiri in what seemed like an easy run chase against Delhi Capitals in the IPL Qualifier 2 in Sharjah on Wednesday (October 13) and captain Eoin Morgan said a proper postmortem of the last four overs will be done later. Chasing 136 to win, KKR were cruising at 123 for 1 in 15.5 overs but the match took an incredibly dramatic turn when they lost five wickets for seven runs, with four batters getting out for nought.

It was Rahul Tripathi, who eventually saved the team the blushes with a penultimate ball six, which sealed KKR a place in the final against Chennai Super Kings. “Should’ve been a lot easier after the start we got. The openers gave us a great platform. We will dissect what happened in the last four overs,” Morgan said during the post-match presentation.

“Dew came in and all, but hey, we have won and we are in the finals. We are delighted to get over the line. Would’ve loved to win convincingly but Capitals are a very good side. Six off two, the odds were probably in favour of the bowling side, but Rahul Tripathi has done superbly well for us.”

DC captain Rishabh Pant was left stunned by the turn of events after his team managed to take the game to the last over only to fall short in the end. “I don’t have words to express at the moment, can't tell anything,” he said.

“We just kept believing, tried to stay in the game as long as possible. The bowlers nearly pulled it back, but it's unfortunate that it didn't go our way.”

He credited the opposition bowlers for making it difficult to score runs. “They bowled very well in the middle-overs, we got stuck and couldn’t rotate strike,” Pant said. “Delhi Capitals are known to be positive and hopefully we'll come back better next season.”

KKR opener Venkatesh Iyer, who was adjudged the Man of the Match for his 41-ball 55, said he played freely and didn't try to restrict himself. “I think in the past couple of games, I have been trying to restrict myself a bit as I wanted to stay till the end. But then I thought it is not me. I was losing out on the present trying to be a bit conservative,” he said.

“(Opening partner Shubman) Gill is an extremely wonderful strokeplayer. My entire focus is on the final now.”

On his match-winning six, Tripathi said: “It feels great. The win was very important. One or two tough overs, and it would go so deep we never thought. The 18th over was a great over by Rabada. I had to just connect one, and luckily I connected today, so I am very happy.

“It was difficult once you go in. Straightaway to get those boundaries was difficult. The ball was keeping a little low. After the first phase, we were a little down. We were always looking for positive options.”