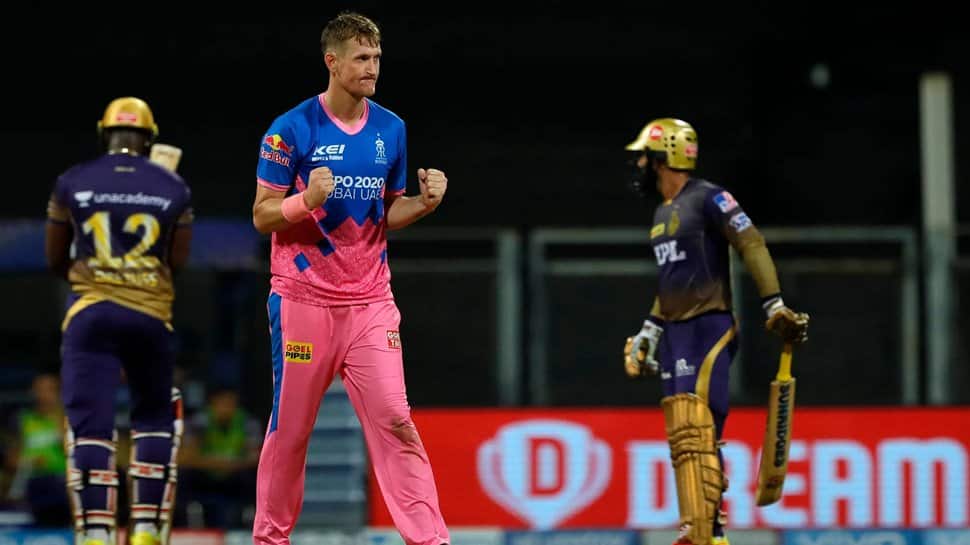 Riding on 'million dollar man' Chris Morris' clinical bowling display, Royals restricted KKR for a paltry 133/9 in 20 overs after inviting them to bat first. In response, Sanju Samson played an unbeaten knock of 42 from 41 balls and completed the run-chase with seven balls to spare. This is Rajasthan's second win from five matches, while Kolkata have lost four out of the five matches they've played so far.

That's that from Match 18 of #VIVOIPL as @rajasthanroyals win by 6 wickets to register their second win of the season.

After being asked to bat first, the pair of Nitish Rana and Shubman Gill got off to a slow start. The approach saw Gill paying the price as the batsman was sent back to the dugout in the final powerplay over after he risked taking a quick single with an alert Jos Buttler on the move.

Rajasthan maintained the pressure on their opposition as they went on to pick three quick wickets in the middle, leaving KKR reeling at 61/4 midway during their innings.

Rahul Tripathi along with wicketkeeper-batsman Dinesh Karthik tried to revive the KKR innigs, but the former was removed on 36 off 26 deliveries by Bangaldesh seamer Mustafizur Rahman, credit to some sharp fielding effort by Riyan Parag.

Apart from Tripathi, no other batsman failed to prove their mettle and Karthik's 25 off 24 deliveries stood as the second-highest individual score from the KKR camp.

For Rajasthan, Morris stood as the most standout bowler. The South Africa international completed his four-over quota with impressive figures reading 23/4 at an economy rate of 5.80. Apart from him, Jaydev Unadkat, Mustafizur, and Chetan Sakariya shared one-wicket each.

In response to KKR's 133/9, Rajasthan lost Buttler cheaply on 5. Yashasvi Jaiswal, who was playing his first match of the campaign, scored 22 from 17 balls, which included five cracking fours.