Punjab franchise skipper KL Rahul, who got the Orange cap last season for most runs in IPL 2020, fell nine short of a century, getting dismissed for 91 off 50 deliveries courtesy a sensation catch by Tewatia. 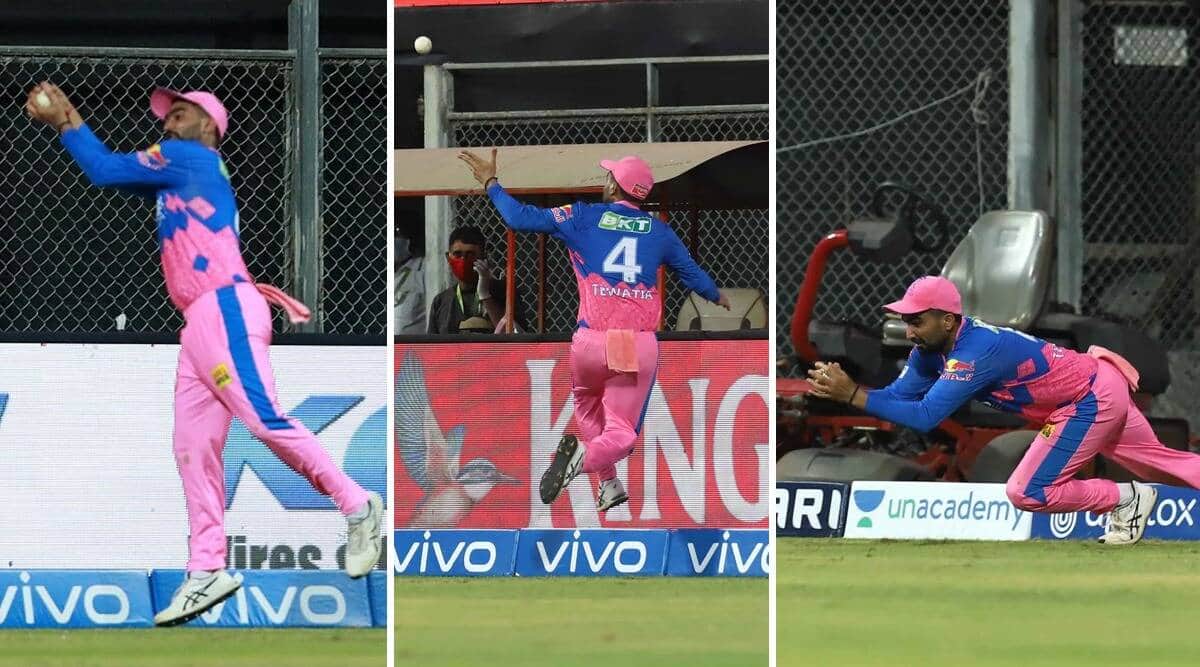 Punjab Kings skipper K.L. Rahul was close to scoring the first century of this Indian Premier League season. His hopes, however, were dashed as Rajasthan Royals spinner Rahul Tewatia pulled off a stunning catch at deep mid-wicket boundary.

The Punjab franchise skipper, who got the Orange cap last season for most runs in IPL 2020, fell nine short of a century, getting dismissed for 91 off 50 deliveries.

At the start of the last over of Punjab Kings' innings, Rahul was batting on 87. He smashed the first ball from left-arm pace bowler Chetan Sakariya over extra cover for four. The ball was slower but Rahul picked the pace and length and hammered it to the boundary.

Rahul needed just nine to get to his ton and had five balls. The odds were heavily stacked in his favour, going by the way he was batting.

He tried to hit the next ball over mid-wicket boundary but Tewatia at the boundary rope caught the ball which was behind him and going over the rope. The momentum was pushing Tewatia out of the boundary but before tipping over he threw the ball back into the field and then dived into the field of play after having crossed the rope to take a sensational catch.

Here's the video of the catch:

Talking about the match, Sanju Samson (119 off 63 balls) scored a hundred on his Indian Premier League (IPL) captaincy debut but couldn't take his side RR past the finish line, getting dismissed off the last ball of the match as his team lost to PBKS by four runs in a high-scoring thriller at the Wankhede Stadium on Monday night.

RR looked very much in the game throughout as Samson brought the equation down to 5 runs off two balls. However, he refused to take a run on the second last ball after he had hit it to deep extra cover which could have fetched them a run, even a double. Instead, he eyed a glory shot for six on the last ball, but holed out to deep extra cover as his side fell short by four runs.

RR had got off to a worse possible start, losing their power-hitting all-rounder Ben Stokes to Mohammed Shami in the first over of the innings. Soon Manan Vohra, the other opener was sent back, leaving the Jaipur franchise at 25 for two in the fourth over.

What followed though was an imperious show of batting from Samson as he clobbered seven sixes and 12 fours to take the game to the wire.

He built a couple of half-century partnerships with Shivam Dube and Riyan Parag and one of 45 with Jos Buttler to keep his team in the match.