Soon after his IPL 2021 debut, Umran Malik’s family sent him a special message as they expressed their happiness of seeing him in the T20 league. 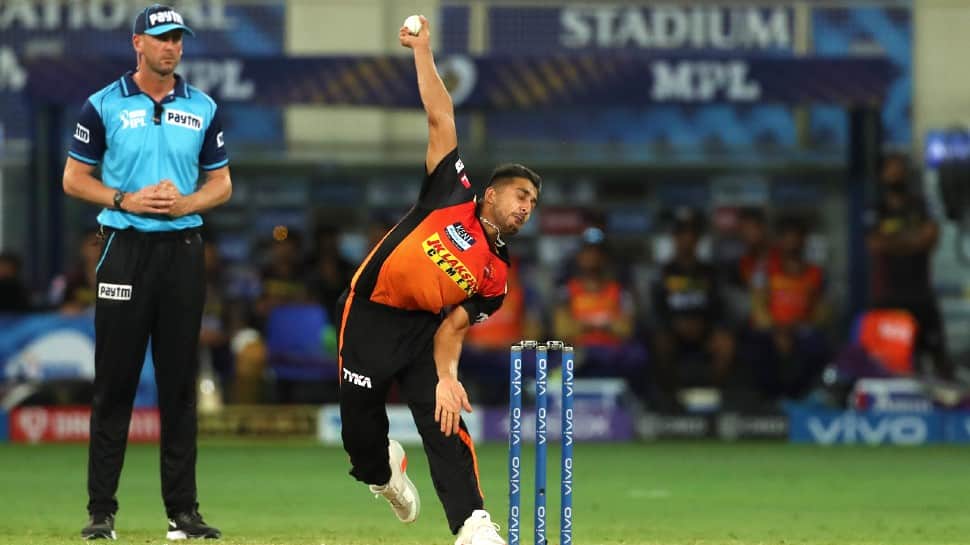 Sunrisers Hyderabad pace bowler Umran Malik from Jammu & Kashmir has taken the IPL 2021 by storm, emerging as the fast Indian bowler on show. Malik, who made his IPL debut in the game against Kolkata Knight Riders, regularly clocked over 150kmph on the speed gun including the fastest delivery bowled at 151.03kmph.

Soon after his IPL 2021 debut, Malik’s family sent him a special message as they expressed their happiness of seeing him in the T20 league.  Sunrisers Hyderabad shared the video of the same on their official Instagram account and captioned it: “When you make it to one of the biggest stages in Cricket, your family can be nothing but proud.”

When you make it to one of the biggest stages in Cricket, your family can be nothing but proud. #OrangeArmy #OrangeOrNothing #IPL2021 #UmranMalik pic.twitter.com/6NsH5CXbVz

He began his stint with SRH as a net bowler but was later included after SRH’s key bowler T Natarajan tested COVID-19 positive. On his debut, though Malik went wicketless, he bowled an impressive spell wherein he conceded just 27 runs.

“Umran, you have got an opportunity to play in the IPL. Our prayers are always with you. We hope you are happy, wherever you are. Entire Jammu and Kashmir is happy for you,” his father said.

Sharing his joy, Umran’s brother said: “Congratulations you are getting a chance to play in the IPL. Everyone is proud of you, we are eagerly waiting to see you on television. Best of luck brother.”

His sister said she was proud of his effort in the opening game, saying, “Congratulations Umran for getting a chance to play in the IPL. I pray that you give your 100 per cent and make us feel proud.”

Umran is now the only Indian in the top 10 for this season to deliver the fastest balls. The 21-year-old clocked a delivery at 146 kmph speed in his very first over, and he then entered 150s twice on the speed gun.

In fact, SRH skipper Kane Williamson had also praised him and said: “We’ve been facing him in the nets, and it’s something quite special. He’s got a lot of pace, he runs in and goes hard. He racked up some fast speeds as well, which is pretty special. What a talent!”