Virat Kohli plucked a brilliant diving catch, leaving both the viewers and batter Ruturaj Gaikwad stunned with his effort. 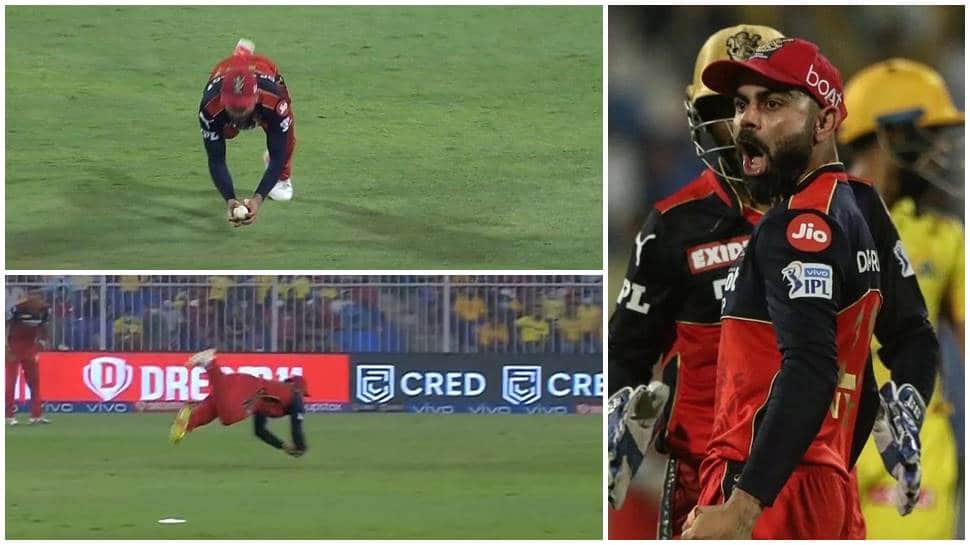 Virat Kohli is considered as one of the most agile fielders in modern day cricket and the Royal Challengers Bangalore (RCB) skipper went on to stamp the fact with a brilliant effort in the clash against Chennai Super Kings (CSK) in the ongoing Indian Premier League (IPL).

As things were moving away from RCB's control, Kohli plucked a brilliant diving catch, leaving both the viewers and batter Ruturaj Gaikwad stunned with his effort. The incident took place in the ninth over of the CSK's 157-run chase as Gaikwad and his partner Faf du Plessis kept firing boundaries from both the ends.

However, when provided with an 50-50 chance of break the opening stand, Kohli came on top and plucked a brilliant diving catch to end Gaikwad's stay in the middle. Such was Kohli's effort, that the batsman failed to come in terms, while his partner Du Plessis asked him to remain on the pitch until TV replays confirmed the catch was clean.

The effort saw Gaikwad depart on 38 off 26 balls, however, the dismissal didn't hurt CSK much as they eventually went on to win the contest by six wickets.

After being asked to bat first, RCB got off to a flying start with Kohli and Devdutt Padikkal leading the charge. The duo added 111 runs for the opening wicket, which also is the highest by any RCB pair against CSK.

However, RCB failed on to hold the momentum and could only manage 156/6 in their 20 overs.

CSK, on the other hand, kicked-off the chase on a simlar note and wrapped up the proceedings with 11 balls to spare.