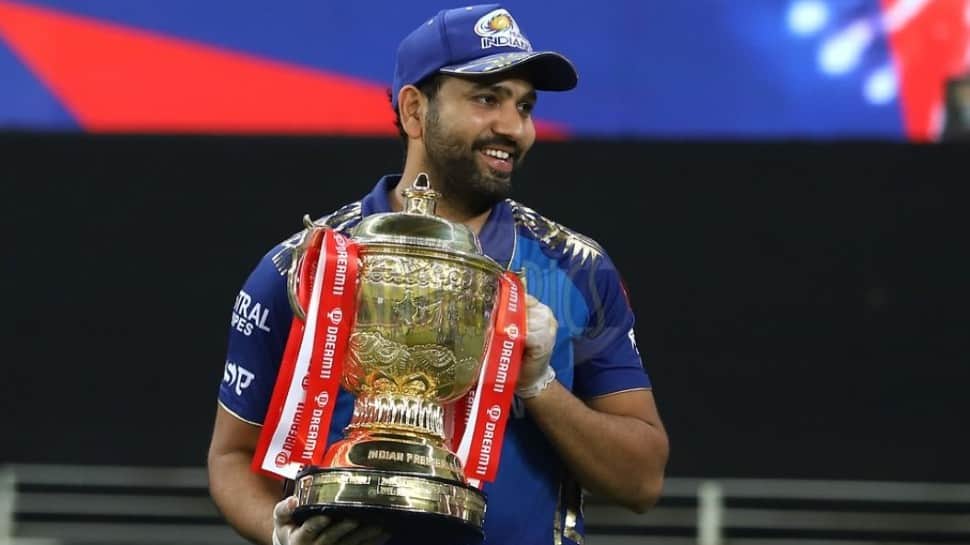 Mumbai Indians skipper Rohit Sharma is unperturbed by the loss against Royal Challengers Bangalore (RCB) in the opening match of Indian Premier League (IPL) 2021 as he feels that winning the tournament is of utmost importance and not the first game.

Harshal Patel had picked five wickets (three in the final over) to restrict Mumbai Indians to 159 runs in the allotted 20 overs and Rohit admitted that his side was 20 runs short of the par score.

"Winning the championship is important, I guess, not the first game. Great fight, we didn't let it go easily. Although the score wasn't something we were happy with. We were 20 short," Rohit told hosts' broadcasters Star Sports after the match.

"We made some mistakes, those are bound to happen. We need to move on. [Jansen] is definitely a talent we've identified. When you look at the situation with four overs left they had AB and Christian, that's why we went with Bumrah and Boult to try and get them out," he added.

Both teams struggled to get going in the middle overs and the Mumbai Indians skipper feels the wicket wasn't an easy one to bat on.

"Definitely not an easy pitch to bat on, odd ball was gripping. That's something we could think of in our next few games here. De Villiers batted really well and got them home," said Rohit.

"We haven't had much time together as a group and it was totally opposite in Dubai, where we began preparations a month before. But that's how the IPL has been played over the years, you just got to get in the game as quickly as possible," he further added.

"It can be difficult for teams that have great home records, but that is what sport is, you've got to go away and win. We are fortunate that we're even on the park," Rohit added.