Yashasvi Jaiswal's knock featured a 22-run over against Josh Hazlewood, smashing him for three towering sixes and a boundary. 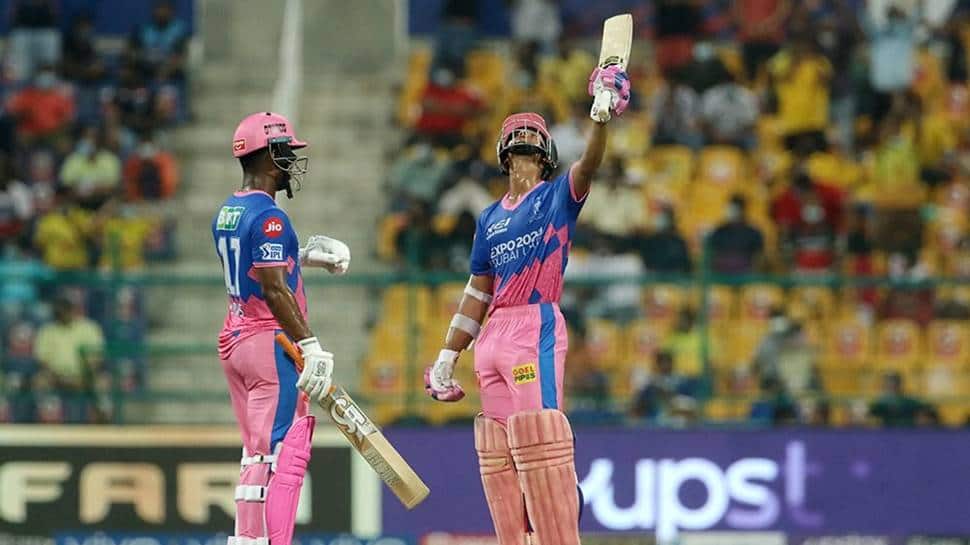 Rajasthan Royals batter Yashasvi Jaiswal made sure that his side remain in the hunt in the Indian Premier League clash against MS Dhoni's Chennai Super Kings on Saturday. Chasing a gigantic 190, Jaiswal along with fellow opener Evin Lewis gave Rajasthan the start they would have hoped for, adding 77 runs in just 5.2 overs.

During the course of the partnership, Jaiswal went on to complete his maiden IPL fifty, reaching the milestone in just 19 deliveries. His feat saw him hit the second fastest fifty by an uncapped Indian player after Ishan Kishan in the history of the tournament. The Mumbai Indians wicketkeeper-batter, who earned his maiden Team India cap earlier this year, had smashed a 17-ball 50 agaisnt Kolkata Knight Riders in 2018.

This is just sensational from #RR. A total that a lot of us thought was insurmountable is round the corner. Yashaswi Jaiswal, wow!

Jaiswal's knock also featured a 22-run over against Josh Hazlewood, smashing him for three towering sixes and a boundary. The former India U-19 skipper was finally removed by KM Asif after being caught-behind on 50 off 21 balls, which included six fours and three maximums.

A 19-ball FIFTY for the young @rajasthanroyals opener!

Earlier in the evening, CSK opener Ruturaj Gaikwad scored his maiden IPL ton, helping his side pile a massive total on the board.