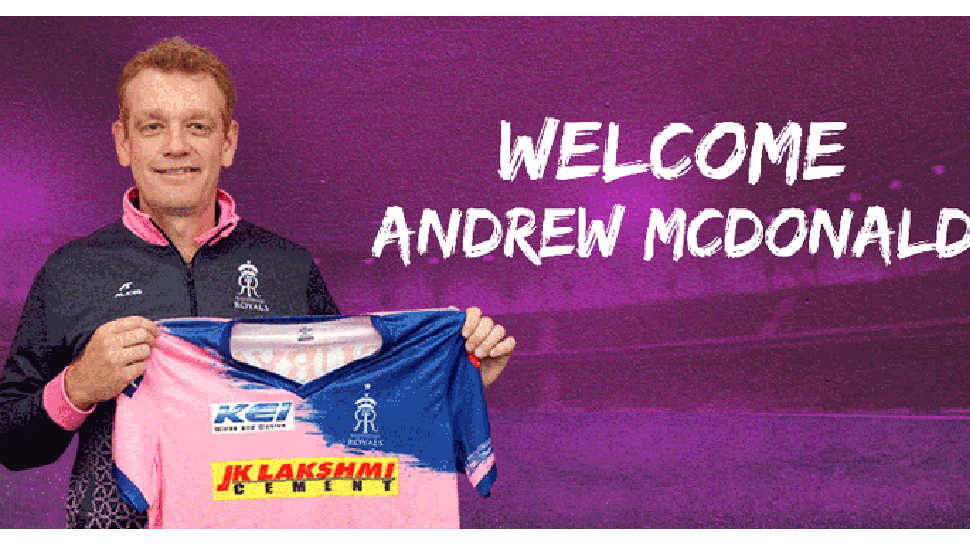 Former Australian cricketer Andrew Barry McDonald has been roped in as the head coach of the Indian Premier League (IPL) franchise Rajasthan Royals for a tenure of three years.

Confirming the news, Rajasthan Royals Executive Chairman Ranjit Barthakur said that Andrew will be preparing for the season by sharing his experiences with exceptional coaches.

The former Australian cricketer will also be travelling to India in the coming future to meet the Rajasthan team.

"We are delighted to appoint Andrew as our Head Coach. He shares our belief of discovering potential and championing dreams and is aligned with our vision to continue to drive innovation in the IPL," Rajasthan Royals official website quoted Barthakur as saying.

"Andrew will be preparing for the season by sharing experiences and best practices with exceptional coaches in other sports and will be visiting India in the near future to meet the Royals team, both on and off the field," he added.

McDonald, on the other hand, said that he is looking forward to play with the world class cricketers and coaches in one of the biggest sporting leagues of the world.

"I’m delighted to join the Royals family. It's a great honour to take on this responsibility. The Rajasthan Royals is a new, exciting challenge for me, and I can't wait to get started working with our world class players and coaches in one of the biggest sporting leagues in the world," McDonald said.

Previously, the Australian had served as the bowling coach of the Royal Challengers Bangalore (RCB). During his playing career, McDonald had represented Delhi Daredevils in the 2009 edition of the lucrative T20 league before being signed by the RCB.

The 38-year-old featured in four matches for Australia in the longest format of the game besides playing in 95 first-class matches and 100 List A games. He had also guided Victoria to the title glory in Sheffield Shield in his first year as senior coach.