IPL SRH vs RCB: Virat Kohli smashes chair in frustration after getting out - WATCH

Kohli was furious with himself as he slammed the boundary rope and a chair at the team’s dugout as he walked back to the pavilion. 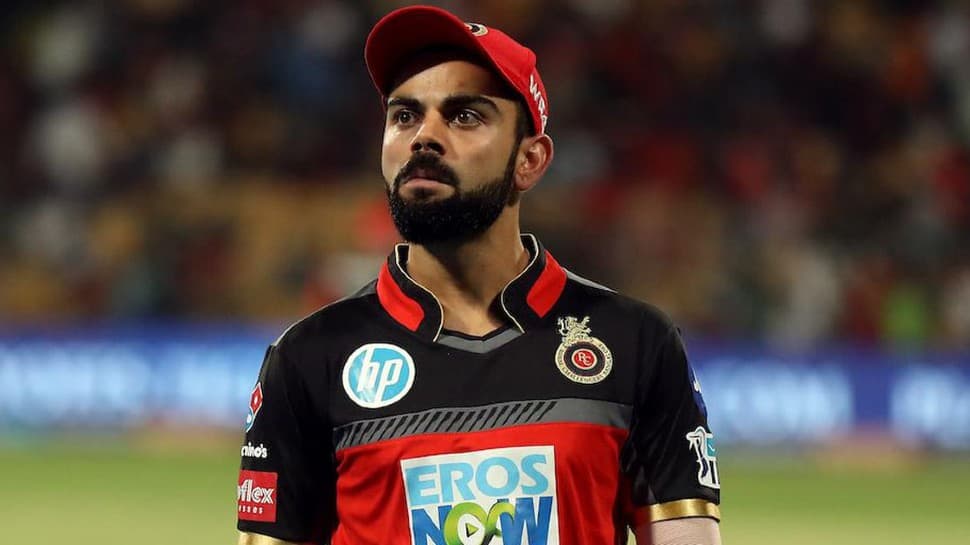 Royal Challengers Bangalore skipper Virat Kohli once again failed to make bog impact with bat in the IPL 2021 match against Sunrisers Hyderabad and he was seen fuming after getting dismissed for 33 off 29 balls.

Kohli fell prey to SRH all-rounder Jason Holder as he was caught by Vijay Shankar after getting a leading edge.

Meanwhile, Kohli was furious with himself as he slammed the boundary rope and a chair at the team’s dugout as he walked back to the pavilion.

Notably, Kohli had struggled to score runs against SRH in the last 4 years. The RCB skipper has not scored a fifty-plus score against SRH since the final of IPL 2016 wherein David Warner's men defeated his side to win the title.

Talking about the match, SRH bowlers, led by Jason Holder (3/30) and Rashid Khan (2/18), restricted RCB to 149/8 in their 20 overs here at the MA Chidambaram Stadium after it had looked at one point that RCB would cruise to a big score with the start they got.

At 91/2 in 12 overs, it looked like the RCB trio Virat Kohli, Glenn Maxwell -- both of who were batting at the crease -- and AB de Villiers would take the attack to SRH.

However, led by Afghanistan leg-spinner Rashid, SRH conceded just 19 runs in the next five overs while picking five wickets. Rashid took two wickets for seven runs in his two overs in that phase.

Some power-hitting by Glenn Maxwell (59 off 41 balls) and some lusty blows by Kyle Jamieson (12 off 9 balls) took RCB to their eventual score of 149 for eight.

Maxwell, who was the top-scorer for his team, was dismissed on the last ball of the innings. He hit three sixes and five fours after having walked in to bat at No. 4.

Skipper Virat Kohli made his second successive score of 33 off 29 balls.

For SRH, West Indian Jason Holder, who got the prized scalps of Virat Kohli and Maxwell, was the most successful bowler with 3/30 in four overs.

Rashid, who dismissed the RCB trumpcard AB de Villiers (1 off 5 balls), finished with 2/18 in his four overs.