Rashid Khan shone with both bat and ball as SRH saw off KKR at the Eden Gardens on Friday to set up a final clash with CSK in IPL 2018, scheduled to be played on Sunday in Mumbai. 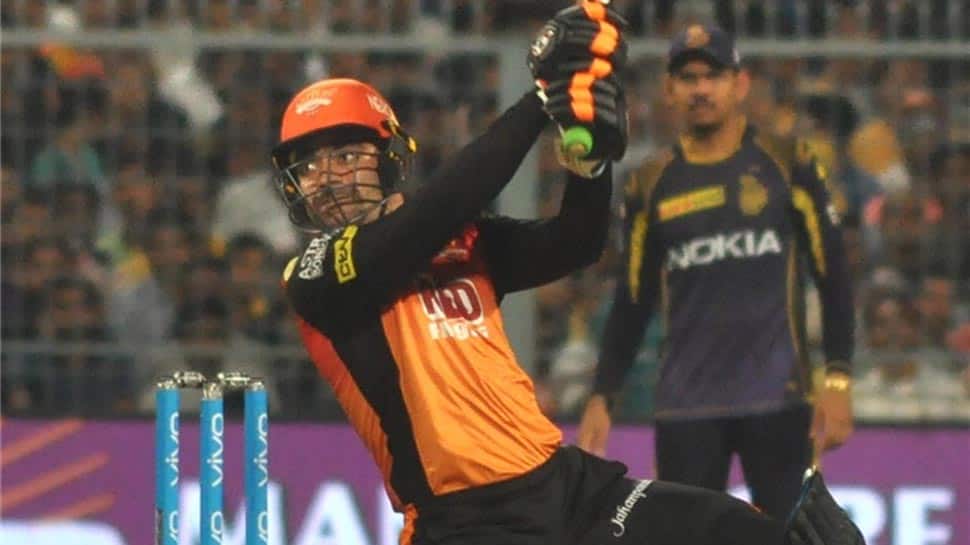 Rashid Khan shone with both bat and ball as SRH saw off KKR at the Eden Gardens on Friday to set up a final clash with CSK in IPL 2018, scheduled to be played on Sunday in Mumbai.

First Rashid smashed a 10-ball 34 not out to take SRH to a match-winning total and then returned figures of 3/19 to single-handedly script KKR's exit.

Sunil Narine departed for 26 but that hardly brought any respite as Chris Lynn and Nitish Rana added a quick 47 to put the hosts in absolute control.

SRH needed something special to bring themselves back and that came when Rashid's throw from distance brought about the run-out of Rana for 22.

Rashid accounted for Robin Uthappa (2), Chris Lynn (48) and Andre Russell (3), while Shakib cleaned up KKR captain Dinesh Karthik for 8. KKR could only manage 161/9 in 20 overs and bowed out of the tournament.

Earlier in the day after being put into bat, SRH had Rashid plenty to thank for an imposing total of 174 for 7.

At 134/6 in 17.5 overs, they were looking desperate to get even 150 when Rashid joined Yusuf Pathan at the crease.

He didn't take long to get going and smashed a four off the first ball he faced from pacer Krishna Prasidh.

Yusuf's wicket in the next over made SRH fans' hearts sink even more as there wasn't any reason for them to expect much from Rashid the batsman. That four could have been a fluke.

Anyway, Rashid didn't seem to care what the fans thought of him and that four. He continued throwing his bat around and middled the ball more often than not.

The 19th over bowled by Shivam Mavi saw Rashid hit two sixes on the offside and then in the final over by Prasidh, the Afghan completely went berserk.

The result was 24 runs in all, of which 18 runs came off Rashid's bat. He hit two fours and four sixes.

SRH had got off to a good start before things fell apart for them. Openers Shikhar Dhawan and Wriddhiman Saha made 34 and 35 respectively and Bangladesh allrounder Shakib played a reasonable hand for 28.

If it wasn't for Rashid, no way could they have reached a 170 plus total. That blazing knock of his eventually proved to be the difference as KKR fell short by 13 runs.