Ishan Kishan took 74 deliveries to reach the three-figure mark before unleashing the beast within himself. In the last 20 deliveries he faced, the Jharkhand skipper smashed 71 runs, helping his team breach the 200-run mark in the 26th over. 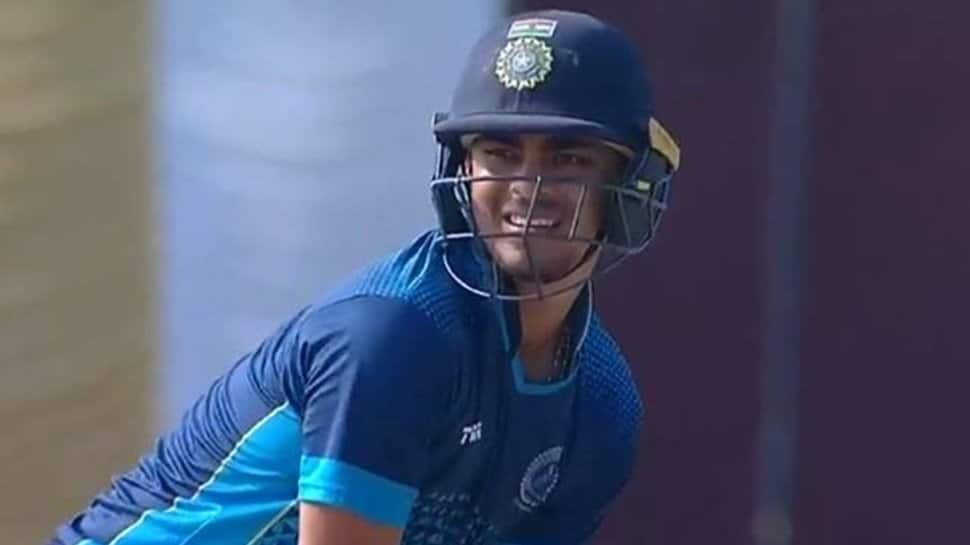 Ishan Kishan kicked-off this year's Vijay Hazare trophy on a commanding note as the 22-year-old smashed 173 runs from 94 deliveries to help Jharkhand pile 422/9 in 50 overs against Madhya Pardesh. The wicketkeeper-batsman, who opened the innings, smashed 11 sixes and 19 fours during the course of his innings.

Ishan's efforts also saw Jharkhand surpass Madhya Pradesh to post the highest team total in the history of the tournament. The previous best team score was 412/6 registered by Madhya Pradesh against Railways way back in 2010.

Ishan took 74 deliveries to reach the three-figure mark before unleashing the beast within himself. In the last 20 deliveries he faced, the Jharkhand skipper smashed 71 runs, helping his team breach the 200-run mark in the 26th over.

This knock of Ishan is also the third-highest individual score registered by wicketkeeper-captain in the history of List-A cricket.

Apart from Kishan, Anukul Roy also chipped in with a knock of 72 runs while Sumit Kumar scored 52.

Jharkhand lost two wickets within 20 overs but there was no stopping Ishan in going out all guns blazing on Madhya Pradesh`s bowling attack. The Parth Sahani-led side finally took a sigh of relief when Gaurav Yadav dismissed Ishan in the 28th over but till then Jharkhand had put on 240 runs on the board.

In response to Jharkhand's gigantic total, the hosts failed to produce a fightback and were bundled out at 98, thus losing the contest by 324 runs.