It was very tough for the team: Pakistan skipper Sarfaraz Ahmed on defeat to India

It may be recalled that despite registering a comprehensive 94-run victory over Bangladesh, Pakistan crashed out of the tournament as it failed to qualify for the semifinals on net run-rate difference with New Zealand after both the teams earned 11 points each from nine league matches. 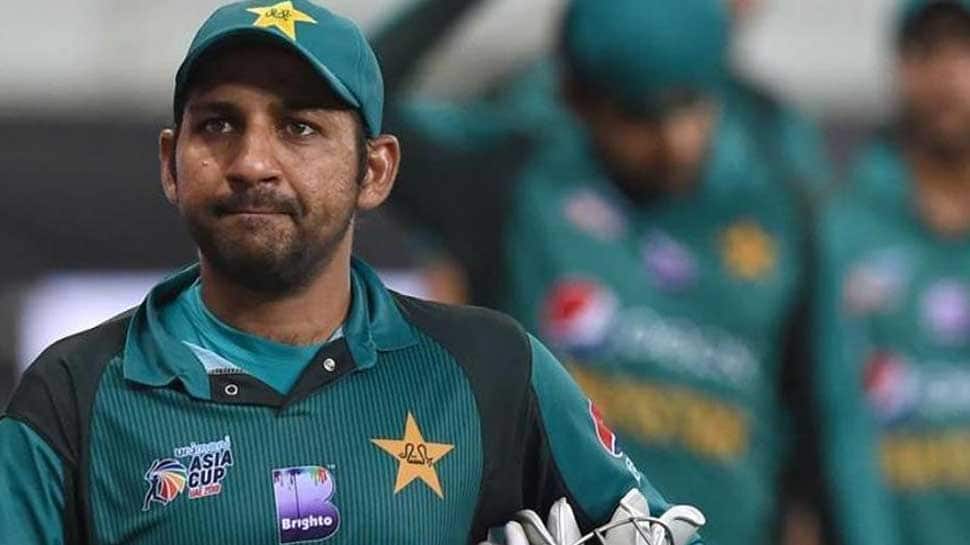 KARACHI: Pakistan skipper Sarfaraz Ahmed has acknowledged that the performance of the national team was not exemplary in the first five matches of the ICC World Cup 2019 and their loss at the hands of India made things more difficult for them.

"The next seven days after the defeat to India were very tough for the team. After the match, we took a two-day break and then I called a meeting with all 15 players, without the management. I discussed everything I had observed during the first five matches, all that we were doing wrong, and all the players responded well and gave their feedback,'' the Pakistani skipper said.

Pakistan skipper made these remarks during a press conference in Karachi shortly after returning home from London.

After Pakistan lost against India by 89 runs on June 16, the team faced severe backlash. The team went on to become the butt of all jokes and many fans criticised the players` fitness and their training regime. Several videos surfaced on the internet, wherein fans were seen dejected with the team`s performance. Sarfaraz was also body-shamed after the match as one fan went up to him in a mall and asked him to look after his weight.

During the press meet, Sarfaraz admitted that his team did not live up to the expectations and their performance was not up to the mark. He also apologised to the nation for their side's disappointing exit from the ICC Men's World Cup 2019.

"We are feeling as sorry as the nation [after exit from World Cup]. No one goes there to lose," he said.

It may be recalled that despite registering a comprehensive 94-run victory over Bangladesh, Pakistan crashed out of the tournament as it failed to qualify for the semifinals on net run-rate difference with New Zealand after both the teams earned 11 points each from nine league matches.

The skipper admitted that his side realised the issue of run rate after its first match of the World Cup tournament - in which West Indies dismissed Pakistan for a disappointing 105 -  and later tried to win matches with good margins but the pitches were not favourable.

"After the first match, we gained momentum but unfortunately we could not play against Sri Lanka because of rain and in the two next matches - against Australia and India - our performance was not good," he was quoted as saying by Dawn.

Sarfaraz, however, praising the national coach and the team management for their constant support to the team during the tough times and helping the players cope up with the tremendous pressure after the defeat to India.

"The team then performed very well in the remaining four matches. All players, juniors as well as seniors, played their part and I am happy with them as a captain," he said.

He categorically said there was no such pressure from either Coach Mickey Arthur or chief selector Inzamam-ul-Haq despite their early losses in the tournament.

To a question on Shoaib Malik's poor form and his retirement, Sarfaraz said, ''As far as Shoaib is concerned, unfortunately, he was not a part of the final match because we tried to go with a winning combination. He was given a farewell by the team and our best wishes are with him.''

When asked as to what was next for the Pakistan team, the skipper said, "Now, we will take a break for the next 20 days and then make a new return."

Sarfaraz made it clear during the presser that he has not decided to hang his boots but a final decision will be taken by the  Pakistan Cricket Board.

The skipper, meanwhile, earned a lot of praise from Coach Mickey Arthur for helping the resurgence after being severely criticised for the India defeat.

"I must say that I'd just like to credit the captain, Sarfaraz. What he was exposed to after the Indian game was atrocious as a Pakistan cricket captain, as any captain of any cricket team," Arthur said.

"The way he held his composure, the way he led from the front, the way his work ethic never, ever changed. I think he's been an inspiration to that dressing room, and I think Sarfaraz deserves a lot of credit for this," he added.

Sarfaraz and his side, despite all the harsh criticism they faced for Pakistan’s miserable run at the start of the World Cup and particularly the match against India, received a warm welcome at the Karachi airport upon return.

You will always be my captain: Virat Kohli wishes MS Dhoni on his birthday