Raval had scored seven half-centuries and begun to face questions as to when he would pass three figures, answered the doubters with successive boundaries off Ebadat Hossain about 15 minutes before lunch. 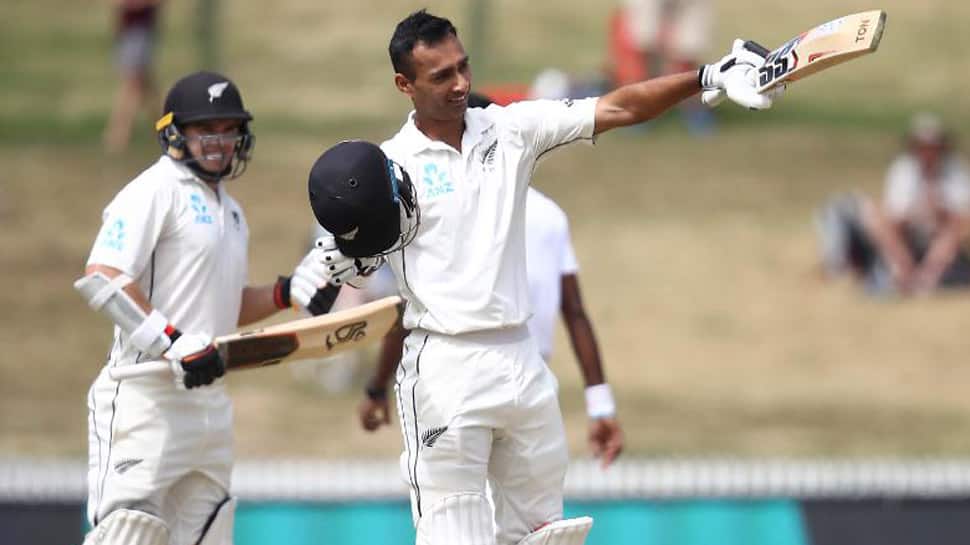 Opener Jeet Raval struck his maiden Test century, while Tom Latham posted his third 150-plus score in three matches as New Zealand seized total control of the first Test against Bangladesh in Hamilton on Day 2.

The hosts were 451-4 at stumps on the second day at Seddon Park with captain Kane Williamson on 93 and nightwatchman Neil Wagner one not out, having built an imposing 217-run first innings lead.

Bangladesh had been dismissed in the final session on Day 1 for 234, with Tamim Iqbal scoring an aggressive 126. Wagner was the pick of New Zealand's bowlers with 5-47.

Raval and Latham had resumed on Day 2 on 86-0 and continued to grind down the Bangladeshi bowlers through the morning session.

Raval, who had scored seven half-centuries and begun to face questions as to when he would pass three figures, answered the doubters with successive boundaries off Ebadat Hossain about 15 minutes before lunch.

The left-hander watched the ball skim across the surface to the mid-wicket fence and broke into a small smile and raised his bat to the crowd and his team-mates.

His fellow left-hander, who was dropped by Soumya Sarkar on nought on Day 1, had to wait until after lunch to bring up his ninth century when he top-edged down to fine leg for his 12th boundary.

It continued a superb run of form for the 25-year-old, who was dismissed for 161 and has scored 611 runs in his four Test innings at home this summer at an average of 203.

He also had scores of 264 not out and 176 against Sri Lanka last December.

Raval and Latham put on 254 for the first wicket, the third-highest opening partnership for New Zealand against any opposition.

Williamson brought up his 30th Test half-century, with a punch to deep point for a single in the final session and appeared to be on course to join Raval and Latham with a century.

The surprising dismissal of Henry Nicholls, who did not play at an arm ball from Mehedy Hasan Miraz and was bowled for 53, shortly before stumps, however, saw Williamson avoid any risk to push on but looks well set for his 20th century on Day 3.