Neesham was adjudged as the Man of the Match after he shone with the ball, picking a five-wicket haul for 31 runs to help New Zealand emerge victorious by a margin of seven wickets. 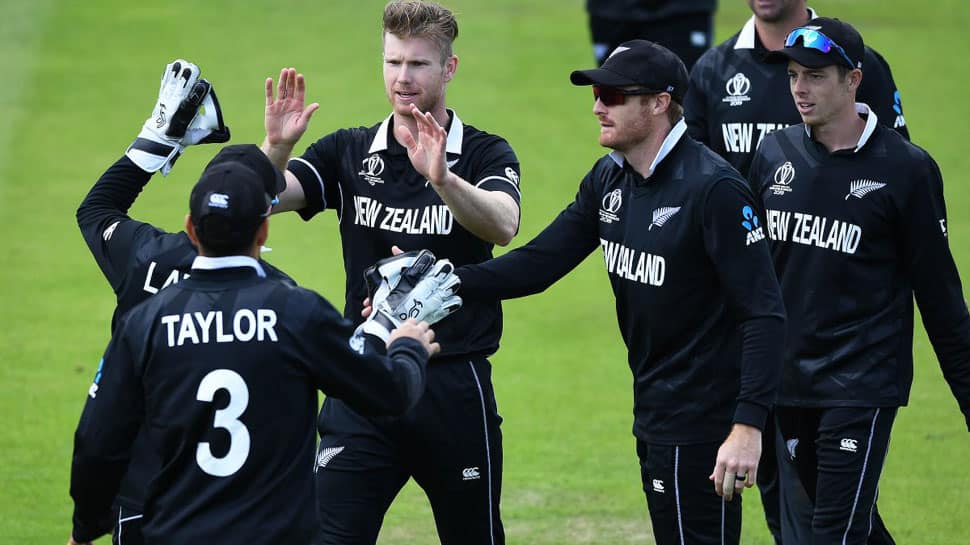 New Zealand all-rounder Jimmy Neesham made his presence felt with the ball, recording his best bowling figures in ODIs against Afghanistan in the 13th match of the ICC Cricket World Cup 2019 at 'The Cooper Associates County Ground', Taunton on Saturday.

Neesham was adjudged as the Man of the Match after he shone with the ball, registering a five-wicket haul for 31 runs to help New Zealand emerge victorious by a margin of seven wickets.

The 28-year-old cricketer accounted for the dismissals of Hazratullah Zazai, Rahmat Shah, Gulbadin Naib, Mohammad Nabi and Najibullah Zadran. His excellent performance helped New Zealand run through the Afghanistan batting and dismiss them for 172.

Hashmatullah Shahidi was the highest run-scorer with 59 runs for Afghanistan, who were sent in to bat by New Zealand skipper Kane Williamson after winning the toss. Neesham enjoyed quality support from pacer Lockie Ferguson who picked four wickets for 37 runs.

New Zealand chased down a target of 173 runs without much ado despite the dismissal of opener Martin Guptill off the first delivery. Skipper Kane Williamson and Ross Taylor stitched a partnership of 89 runs to help ensure victory by a margin of seven wickets.