Former Indian skipper Kapil Dev was among the top five highest run-scorer in the country's winning campaign at the International Cricket Council (ICC) World Cup in 1983. 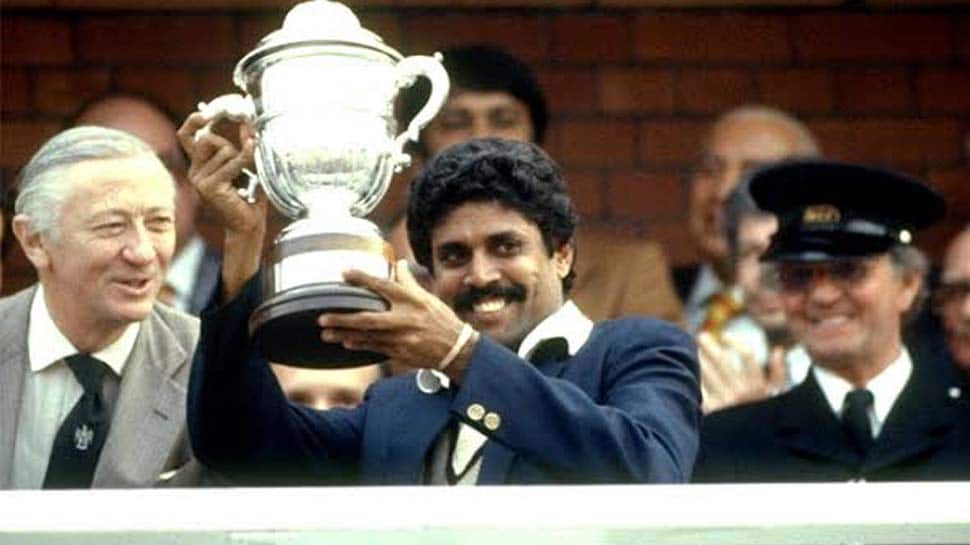 Former Indian skipper Kapil Dev was among the top five highest run-scorer during the country's winning campaign at the International Cricket Council (ICC) World Cup in 1983.

The ICC took to its official Twitter handle and revealed the list of the five cricketers who notched up most runs during the 1983 edition of the prestigious event.

Former England cricketer David Gower tops this list with a total of 384 runs at an average of 76.80 during the 1983 World Cup--where the side made a semi-final finish.

West Indies Vivian Richardson stood at the second place in the list of players with most runs during that prestigious event with 367 runs.The Caribbean side finished as the runner-ups after going down against India in the final.

England's Graeme Fowler and Pakistan's Zaheer Abbas occupy third and fourth place in the list with 360 and 313 runs, respectively.

Highest run-scorers in the 1983 @cricketworldcup:

It was on this day in 1983 when Kapil Dev-led India defeated defending champions West Indies at Lord's to lift their maiden ICC World Cup trophy.

West Indies won the toss and opted to field first against India.

Except Krishnamachari Srikkanth (38) and Sandeep Patil (29), none of the other batsmen managed to contribute much to their side's innings as India were bundled out for 183 runs inside 54.4 overs.

For West Indies, Sir Andy Roberts was pick of the bowlers with figures of three for 32, while Malcolm Marshall, Larry Gomes and Michael Holding all bagged two wickets each.Joel Garner also chipped in with a wicket.

In reply, Mohinder Amarnath finished with brilliant figures of three for 12, followed by Madan Lal's three for 31.

While Balwinder Sandhu also bagged two wickets, Kapil Dev and Roger Binny chipped in with a wicket each to help India bundle out West Indies cheaply for 140 runs inside 52 overs to emerge victorious.