The swashbuckling batsmen further said that he will not be playing in the Indian Premier League (IPL), as he needs to give time to his family 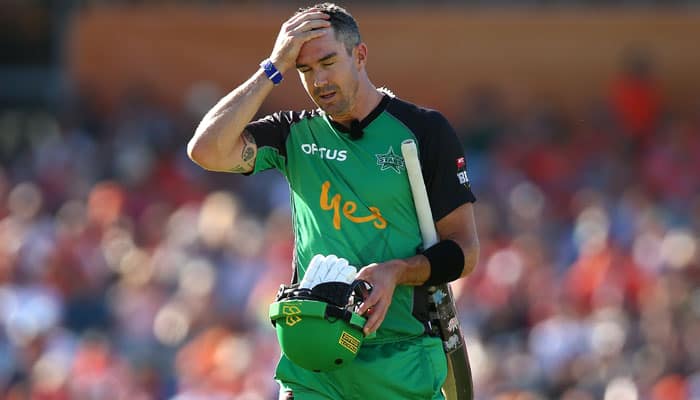 Lahore: Former England batsman Kevin Pietersen, who is currently playing for the Quetta Gladiators in the Pakistan Super League (PSL), has stated that he is still mulling over coming to Pakistan if the final match of the Twenty20 series will be played in Lahore.

However, he added that he will be able to make a decision once his team reached the final, reports the Dawn."I haven`t decided to go or not as yet, I will take the decision regarding coming to Pakistan if my team reaches the final. Team is in good momentum and hopefully will reach in the final," he said.

Commenting on his performance in the previous matches, he said that runs don't matter to him.

"I just came back from Big Bash. Low scores doesn't bother me, it may bother others who comment on the game but not to me. In sports life you have more bad days than the good days so I am doing my best, let's see what happens next," Pietersen added.

The swashbuckling batsmen further said that he will not be playing in the Indian Premier League (IPL), as he needs to give time to his family.

Earlier, chairman of Pakistan Super League (PSL) Najam Sethi had assured fans that the final match in the Twenty20 series will be held in Lahore, if they want so.

Following a deadly blast that killed over a dozen people in Lahore, questions were raised on the possibility of having the PSL final match in the city.

IND A vs Australia, Warm-up tie, Day 3 - As it happened