Ravi Shastri said the team is back on track after its sixth successive ODI series win at home. 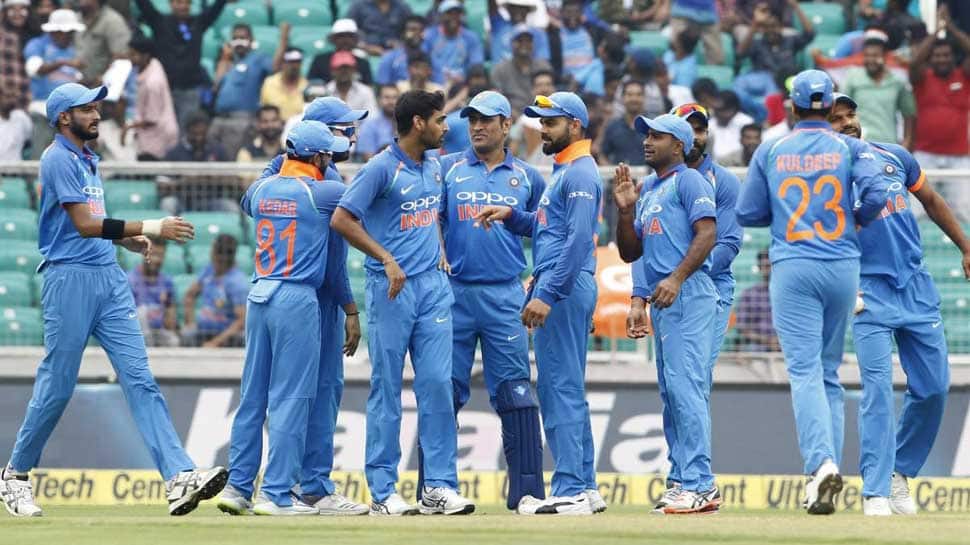 "Two areas I can think of are for third seamer - Khaleel has been outstanding. God forbid anything happens to Bhuvi or Bumrah, good to have Khaleel who can come in and take wickets. Rayudu has also taken responsibility at No.4. Those two areas we were looking at (prior to the series). And those two have been addressed," Kohli said at the post-match presentation ceremony.

Shastri on his part also seemed happy with the kind of pressure Rayudu absorbed, having made a comeback in the Indian team.

"I am pretty happy with Rayudu. It is never easy to make a comeback in the team after couple of years. Even though you have to express yourself, you hold back and that is understandable because couple of bad performances can lose you your place. He has handled the pressure really well and batted really well in the last match," the head coach said.

Shastri seemed impressed with left-arm seamer Khaleel but wants him to add a few more clicks.

"The left-arm fast bowlers can be very handy. Khaleel is raw, he doesn't have the experience but he has the variations and has the aggression too. Once he adds to his speed, he will be more than effective."

Shastri said the team is back on track after its sixth successive ODI series win at home.

We are back on track. I thought we were below par in the field in the second and third ODI. Sometimes you need a wake-up call and we were at our best in the last two ODIs. This Windies team is a promising unit. They have some exceptional players who with exposure, I am sure will test some of the big sides," the coach felt.

Skipper Kohli too praised his bowlers for their clinical show in the last two games.

"Because of our clinical performance, we were able to finish the game in a few hours. Credit to the bowling unit for pitching it in the right areas. Was surprised that West Indies chose to bat, we wanted to bowl first anyway."

West Indies captain Jason Holder rued the lack of consistency from his team.

"Not the finish we were looking for. Lacked consistency in the last couple of games. We didn't bat well. Credit to the guys, admirable performance against India in India. Thought it would've been a good pitch. Their bowlers put the ball in the right areas but lot of our dismissals were poor shots, it wasn't about the pitch. We needed to show more application."

Shimron Hetmyer and Shai Hope were the two bright spots for the West Indies in the series.

"Even Oshane Thomas here, he showed he's got something. Just needs to work a little harder," added Holder.