Last game was an aberration, have faith in middle-order: Assistant coach Sanjay Bangar

India's batting came a cropper in the Hamilton game as they were dismissed for their seventh lowest total of 92. 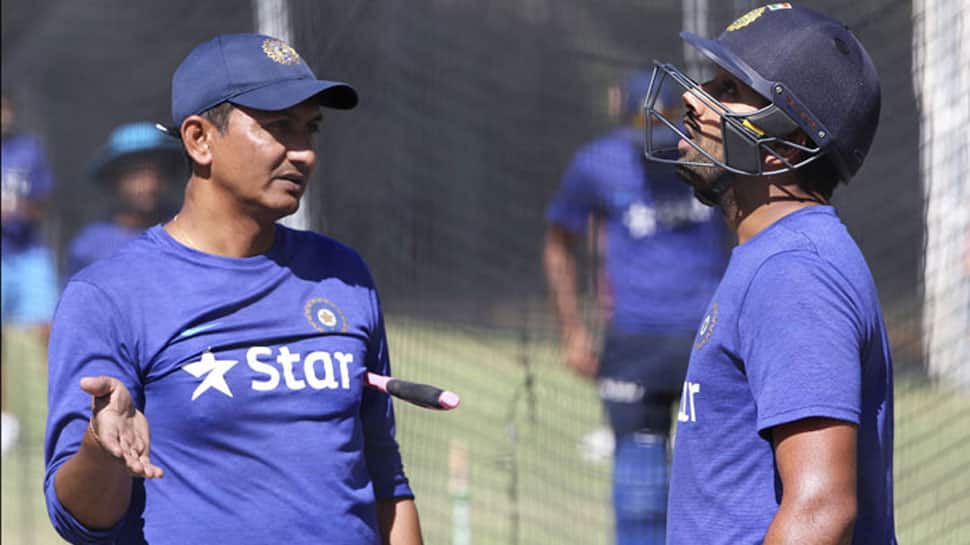 Assistant coach Sanjay Bangar believes India's batting collapse in the fourth ODI was an "aberration" and reposed faith on the middle-order, saying it has mostly delivered whenever put in a tough situation.

India's batting came a cropper in the Hamilton game as they were dismissed for their seventh lowest total of 92.

However, Bangar said it was an one-odd failure.

"The middle order has rose to the occasion many times and delivered. Yes, some situations have been trying but it is not that the middle order hasn't performed," Bangar told reporters ahead of the fifth ODI against New Zealand on Sunday.

"When required, more often than not whenever it has been put in a situation, it has delivered, may be the last game was an aberration," he added.

Bangar explained his point by giving the example of games in Cuttack (India vs England, Jan 2017), Indore (India vs SA, Oct 2015) and MCG final (India vs Australia, Jan 2019), where the middle order contributed to win matches.

"...If they (top order batsmen) are batting well then the middle order doesn't get the opportunity required to maintain the groove," the former Indian allrounder said.

"It is also one of those series where our top order hasn't got a hundred, so it has given a lot of time to the middle order to go out there and play according to the situation. They have also finished games when provided an opportunity."

India's batting unit without skipper Virat Kohli and Mahendra Singh Dhoni didn't have any answers to Trent Boult's devastating spell but Bangar said such games actually help them reflect on what they can do better.

"It was a one-off game for us. We know we played well below our potential and our expected levels, the boys realise it and we just need to put that game behind and look to perform well in the next game," he said.

"It gives us an opportunity to reflect in case if we miss out on players due to fitness issues. The World Cup will be a long tournament, there will be injuries, players are going to miss out and it gives us a reflection as to how players will cope up in their absence and we were found wanting in that situation in the last game."

"But they are quality players, even in the third game, Dinesh Karthik and Ambati Rayudu had stitched a partnership of 82 to finish the game, so we can't really draw too many conclusions after one-odd failure."

Bangar said that the team management is trying to rotate the players to give everyone some game time.

"We are trying to balance out opportunities, trying to keep them hot and give them enough game time. This is a conscious effort specially in Australia and here where we have rotated our players," he said.

"There are going to be instances where a player doesn't get 5-6 games in a row, so we are trying to create that balance. In the number of games that we had, we have made sure that everybody is getting opportunities by rotating the players around."

Talking about the World Cup squad, Bangar said: "The selectors have probably reduced the list down to 20, most of them are going to be a part of the world cup squad and we have assessed the potential of a lot of players. The selectors are also watching intently and going forward, we will settle into a nice team which covers all bases."