In February this year, Australian star cricketer Glenn Maxwell announced his engagement by posting a photograph with his Indian-origin girlfriend Vini showing off her ring on his official Instagram account. 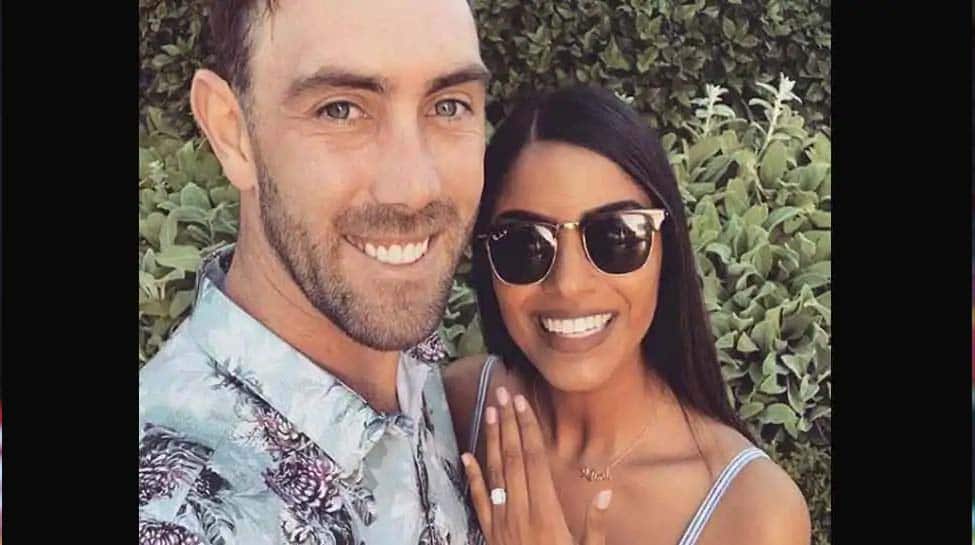 Vini Raman, the Indian-origin fiancee of Kings XI Punjab all-rounder Glenn Maxwell, has severely shut down a troll on social media who asked her to ditch the 'mentally troubled white guy'.

In February this year, Australian star cricketer Glenn Maxwell announced his engagement by posting a photograph with Vini showing off her ring on his official Instagram account.The pair has been dating for over two years now.

Recently, Vini posted a throwback picture of the couple on social media where she expressed that she is missing Maxwell while he is away playing for the Kings XI Punjab in the 2020 Indian Premier League (IPL) in the United Arab Emirates (UAE).

"Spending another weekend in lockdown but wishing I was in the UAE. 4 weeks down, ? to go," she wrote along with the post.

Spending another weekend in lockdown but wishing I was in the UAE. 4 weeks down, ? to go #whysoserious #fomo @gmaxi_32 @kxipofficial

Soon after Vini shared the picture, the comment section started flooding with flurry of praises. However, an Instagram user tried to mock Maxwell's mental health issues and even asked Vini to not feel sorry for the poor white guy and get an Indian man for herself.

"Ditch the mentally troubled white boy @vini raman .. You don’t need to feel sorry for the poor dude.. Get an Indian guy you sell out," the user commented.

When Maxwell's fiancee came across the hateful comment, she gave a mouth-shutting reply to the the troller. Vini stated that loving a white person won't mean she is embarrassed to be an Indian while adding the the opinion of the unknown guy won't make any difference to her life.

"So, I normally don’t respond to comments like these as I know trolls do it just to get attention. But a 6-month lockdown has left me with plenty of time to educate ignorant morons. Loving someone of different skin color doesn’t make you a sell-out. Loving a white person doesn’t mean I’m embarrassed to be an Indian. Loving a white person is my choice and I shouldn’t have to worry about what others will think," Vini wrote.

She also shared the screenshot of her conversation with that troller on her Instagram story.

Notably, Maxwell took an indefinite break from the game in October 2019 citing mental health issues before making a return to the game for Melbourne Stars in the Big Bash League 2019-20.

The Australian cricketer is currently playing for Kings XI Punjab in the IPL 2020. The KL Rahul-led side will take on three-time winners Chennai Super Kings in their next clash on October 4.