Jayawardene, who recently guided the Mumbai Indians to their fourth Indian Premier League victory, has in the past presented plans to change the country's domestic cricket system, only for the proposals to be rejected by Sri Lanka Cricket (SLC). 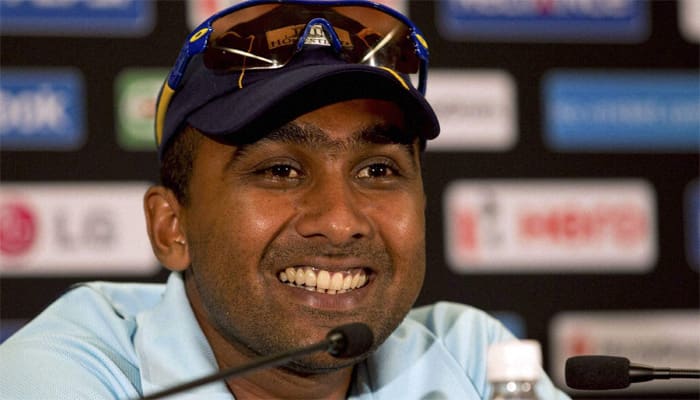 Former Sri Lanka captain Mahela Jayawardene on Sunday said he felt disillusioned with the state of cricket in the country and thus declined an offer to play a role in the team's World Cup campaign.

Jayawardene, who recently guided the Mumbai Indians to their fourth Indian Premier League victory, has in the past presented plans to change the country's domestic cricket system, only for the proposals to be rejected by Sri Lanka Cricket (SLC).

"I was (invited), but I have several other commitments. More than that, I didn't understand the role I am expected to play," Jayawardene told Sri Lankan newspaper, The Sunday Times.

"There's no point in me getting involved tactically, or whatever if I don't have a say in the whole structure. The team is selected and everything is done and dusted. There is no room for me to come in and add something."

A committee including Jayawardene, former cricketers Kumar Sangakkara and Aravinda de Silva had produced a report with recommendations on governance as well as domestic structure to the SLC last year. However, these recommendations were rejected by the board.

"We created a professional cricketing structure spending eight months. We offered to set it up for them but they rejected it. We did it because we don't want to lose our cricketers going to Australia and to league cricket in England. We need those experienced players in our system," Jayawardene said.

The right-hand batsman emphasised that senior players are necessary to guide the younger generation.

The 41-year-old advised the Sri Lankan team heading to the World Cup to treat every game as a do or die match.

"The thing with Sri Lanka is, when they are pushed to the wall, they have always done well. It's just that these players should believe they can. When you go to a World Cup, you need to treat every game as a knockout game. That's why I said, if they target themselves to win five games, they have a very good chance of getting into the top four."

"So, get a good start, that's always going to help, and try and create that opportunity. Then those match winners can come into play," he said.

"Given the strength and form, England, India and Australia have the bowlers and probably Pakistan because they have done well in England in the last two World Cups. They are quite a formidable lineup, especially with their bowling unit."

Self introspection and social work during ban has made me grow as a better person: Steve Smith