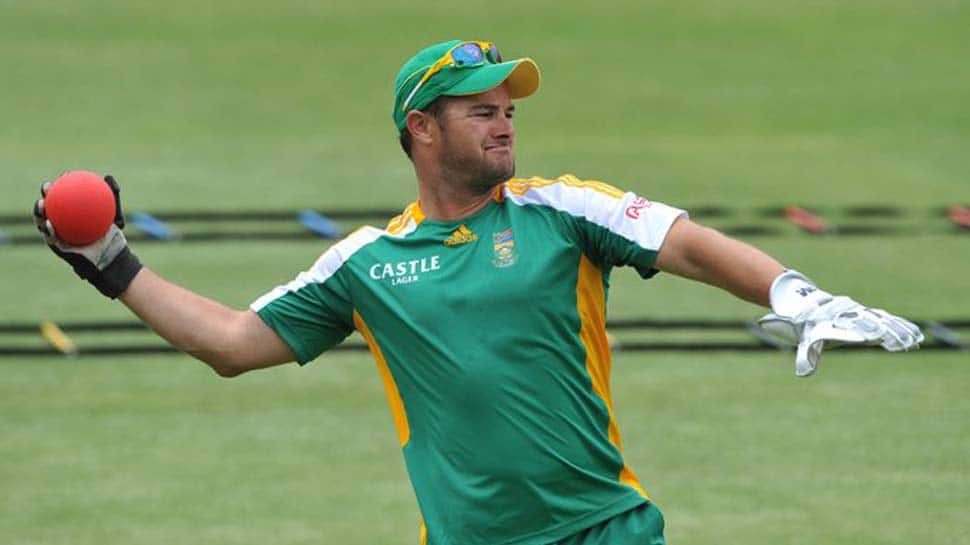 Former wicketkeeper-batsman Mark Boucher has been named as the new head coach of the South Africa men's cricket team on a four-year deal, which will run until 2023.

Reflecting on his appointment, Smith said that Boucher would bring the toughness to turn a young and inexperienced South African squad into a battle-ready outfit.

“I have brought Boucher on board because I feel he will bring the toughness to turn a young and inexperienced Proteas squad into a battle-ready outfit. With his experience of a long career as an international cricketer he has first-hand experience of what it takes to succeed in the Test arena," the International Cricket Council (ICC) quoted  Boucher as saying.

Besides Boucher,  Enoch Nkwe--who was named as interim team director of the Proteas for the India tour--has now been appointed as the national side's assistant coach.

Smith said that Enoch has been named in the role in order to maintain continuity and stability in the Proteas management team.

“I have the highest regard for Enoch as well and I want to create a clear path for him to grow into a top international coach. At the same time there is a clear need to maintain continuity and stability in the Proteas management team and we will be retaining the technical support staff along with Volvo Masubelele continuing as team manager and Justin Ontong as fielding coach," the CSA's acting director of cricket said.

Meanwhile, the Cricket South Africa also confirmed that batsman Faf du Plessis has been retained as Test captain, while opener Ashwell Prince is likely to lead South Africa 'A' against the visiting England side.

Linda Zondi, on the other hand, will continue to remain the convener of the National Selection Panel.