Rajasthan Royals will next lock horns with Kings XI Punjab on Wednesday, while Kings XI Punjab will face defending champions Mumbai Indians in their next IPL 2020 tie a day later. 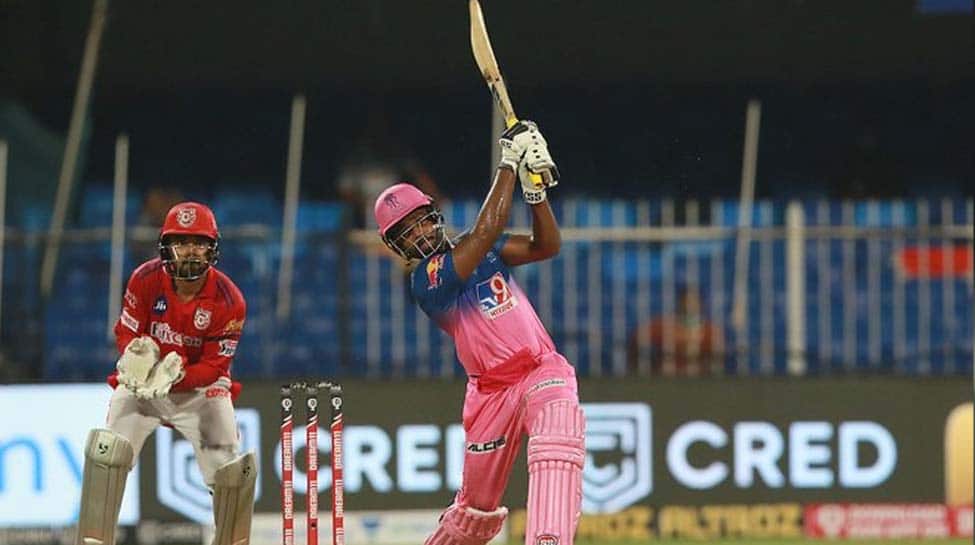 Kings XI Punjab opener Mayank Agarwal's fabulous maiden century in the Indian Premier League (IPL) went in vain as collective batting efforts by the Rajasthan Royals players saw them clinch a four-wicket win in their third clash of the ongoing 2020 season at the Sharjah Cricket Stadium on Sunday.

The Steve Smith-led side won the toss and opted to field first against KL Rahul's team in Match 9 of the 13th season of the IPL.

Agarwal not only brought up his maiden IPL hundred off just 45 deliveries but also stitched a mammoth partnership of 189 runs with skipper KL Rahul for the opening wicket to help the Punjab side post a huge total of 223/2--which is the highest total of this season so far.

Agarwal eventually finished with a blistering knock of 106 runs from 50 balls.His knock was decorated by seven sixes and 10 boundaries.

Rahul, on the other hand, departed for 5-ball 69, including seven fours and a maximum.

The stand between Agarwal and Rahul was the highest-ever opening stand for Kings XI Punjab and the second-highest overall for the team after a 206-run stand by Adam Gilchrist and Shaun Marsh for the second wicket against Royal Challengers Bangalore in 2011.

Subsequently, third drop Sanju Samson notched up a quick-fire knock of 85 runs off just 42 balls besides stitching crucial stands of 81 and 61 runs with skipper Steve Smith (50) and Rahul Tewatia (53) to help Rajasthan Royals cross the mark with three balls to spare.

Mohammed Shami bagged three wickets for Kings XI Punjab, M Ashwin, Jimmy Neesham and Sheldon Cottrell all chipped in with a wicket each.

Samson was adjudged 'Man of the Match' for his match-winning knock of 85 runs.

Rajasthan Royals will next lock horns with Kings XI Punjab on Wednesday, while Kings XI Punjab will face defending champions Mumbai Indians in their next IPL 2020 tie a day later.