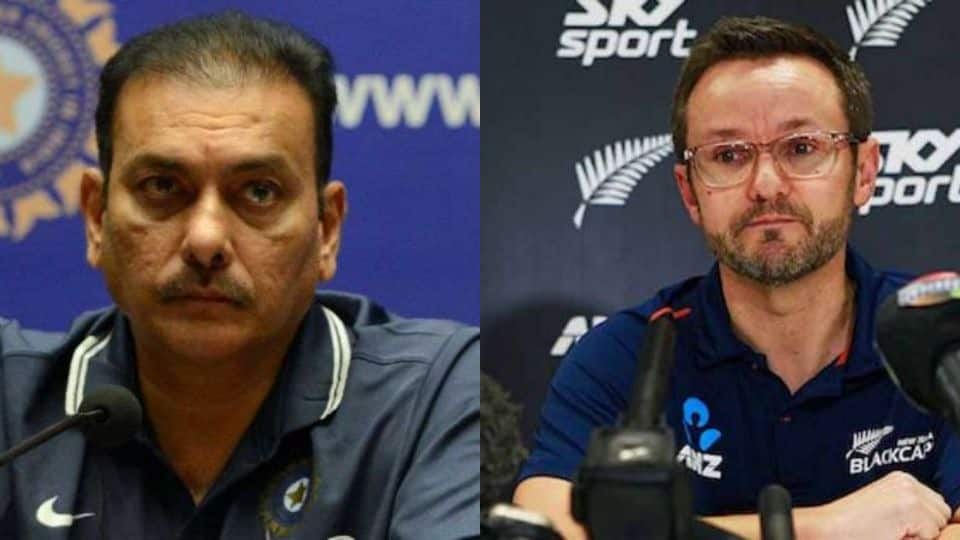 After Ravi Shastri retained his position as India's chief coach for the next two years, former New Zealand coach Mike Hesson, who had also applied for the same job, congratulated him with a heart-warming tweet.

In reply, Shastri said, "Thanks a ton, Mike. Much appreciated. Keep the coaching flag flying."

After Shastri's re-appointment, Hesson tweeted,"Congratulations @RaviShastriOfc on your reappointed as @BCCI Head Coach. Wish you and the team the best for the coming seasons (sic)."

Speaking to IANS, sources in the know of developments during the presentation said that Shastri made it clear that he has unfinished business and this team is headed for greatness with a brilliant leader in Virat Kohli.

"There were some pointed questions and one of them to Shastri was what went wrong in the semi-final against New Zealand. He made it clear that one bad day doesn't make this team bad. In fact, he emphasized on how he has unfinished business as the team now looks to gear up for not one, but two World T20s -- 2020 and 2021. The confidence with which he said this made the committee believe that Shastri is the man who needs to guide this team forward," the source said.

The source further added that while there were parameters in place, one of the major areas where Shastri beat Hesson to the job was the team's performance under him on foreign soil.

"The CAC was clear about the fact that champion teams do well on foreign soil. Every team does well at home and India has done the same over the years. But the team's rise on foreign soil has been exemplary under Shastri. There is no denying the fact that the combination that Shastri and Kohli form is unparalleled in the current scenario and with Shastri acting as the guiding force, this team will only perform better in the times to comes," the source revealed.