The interviews of candidates for the post of head coach were conducted on Thursday in which Misbah, former Test opener Mohsin Hasan Khan and ex-Australian batsman Dean Jones (through video-link) were interviewed. 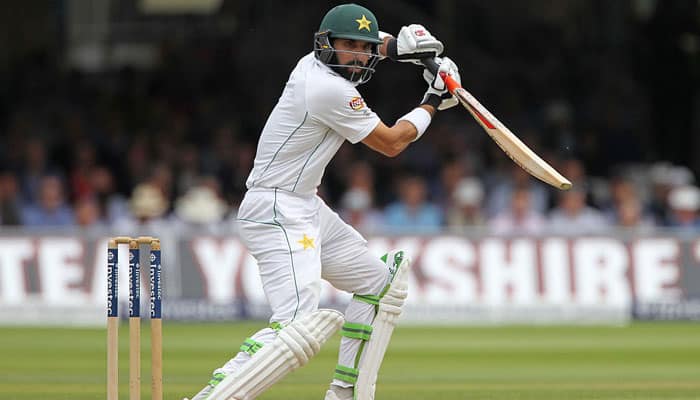 Former skippers Misbah-ul-Haq and Waqar Younus appear to be the frontrunners for the head coach and bowling coach posts of the Pakistan national team, respectively .

The interviews of candidates for the post of head coach were conducted on Thursday in which Misbah, former Test opener Mohsin Hasan Khan and ex-Australian batsman Dean Jones (through video-link) were interviewed.

As per Dawn report, both Mohsin and Dean Jones may not be successful for different reasons. The age factor in 65-year-old Mohsin's case could go against him while Jones could miss the bus on the ground that he is a foreigner as experiment with foreign coaches has not been good for Pakistan in the past.

On Friday, the interviews for the post of bowling coach are likely to be conducted by the five-member panel of the Pakistan Cricket Board (PCB).

Waqar, who has earlier served as the Pakistan head coach, also appeared for the post of bowling coach. Mohammad Akram withdrew his name in Waqar's favour, thus enhancing Waqar's chances.

However, former West Indies great Courtney Walsh, who is likely to appear for the interview through video-link, could prove to be competition for the legendary Pakistan pacer.

However, PCB would be wary of the fact that dealing with Waqar has not been easy during the past as he quit the post as head coach twice (in 2011 and 2016) and as bowling coach in 2007 in controversial circumstances.

His relationship with the current captain Sarfraz Ahmad was also not an ideal one.

The coaching posts of Pakistan cricket team have been lying vacant ever since PCB decided not to extend contracts of Mickey Arthur and others, following dismal performance of the Men in Green in the 2019 World Cup.