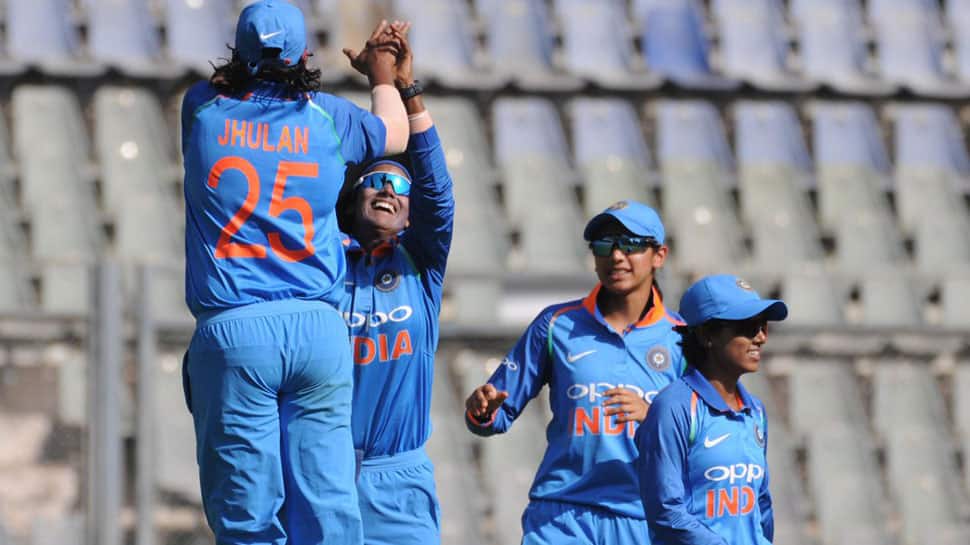 The series already in the bag, a confident India will look to complete a whitewash when they take on a beleaguered England in the third and final women's One-day International on Thursday.

The Mithali Raj-led outfit had thrashed the reigning World Champions by 66 runs in the opening ODI and then followed it up with a dominating seven-wicket win in the second game to seal the three-match series with a 2-0 unassailable lead.

With two more points up for grabs, the hosts would not like to experiment by making any changes to the line-up.

India seem to have found the winning momentum under new coach WV Raman as they ticked most boxes in the last two games.

Prolific opener Smriti Mandhana, who is the current ICC cricketer of the year, has been in splendid form. Her classy 63 in the last game helped the hosts to clinch the match and the series.

Veteran Mithali Raj, who is the leading run-getter in ODIs, has scores of 44 and 47 in the last two games. Both Mandhana and her skipper would like to continue from where they left.

Experienced Punam Raut, who made a comeback to the ODI side, justified her selection over Harleen Deol, by chipping in with a handy 32.

Raut's inclusion seems to have sorted out the middle-order woes. But she and young opener Jemimah Rodrigues, both from Mumbai, need to convert their starts into bigger scores.

The likes of Deepti Sharma, Mona Meshram and wicket-keeper Taniya Bhatia also need to chip in if the top-order falters.

The Indian bowlers - both seamers and spinners -- have been impressive. Veteran pacer Jhulan Goswami (with 5 wickets in the rubber) and Shikha Pandey (6 wickets) have troubled the visitors in the first two games at the Wankhede stadium.

England have found it difficult to face the Indian spin trio of Deepti Sharma, Poonam Yadav and Ekta Bisht.

Slow left-arm orthodox bowler Bisht spun the visitors to their doom with a four-wicket haul in game one.

The struggling England side also suffered a blow after all-rounder Sophie Ecclestone was ruled out of the third ODI and remainder of the tour due to a fractured hand.

The visitors will play for pride and aim to bag the two crucial points as part of the ICC Championship before heading to the three-match T20I series in Guwahati next month.

Apart from all-rounder Natalie Sciver and skipper Heather Knight, the other batters have largely performed below par.

On the bowling front, the visiting team's pacers Anya Shrubsole, Georgia Elwiss and Kathrine Brunt have the wherewithal to trouble the hosts.

The hosts, on their current form, once again start as front runners but England could spring a surprise and prevent a clean sweep by India.