Joginder Sharma recalled the famous last over the 2007 ICC World T20 final and said that Dhoni told him that he would take the responsibility if India lost the game. 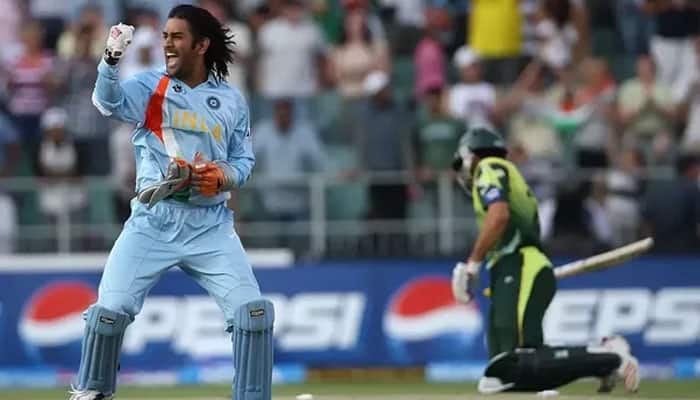 Dhoni won the toss and elected to bat first in the title clash. Gautam Gambhir and debutant Yusuf Pathan opened the innings for the Men in Blue and scored 25 runs for the first wicket before Pathan was undone by Mohammad Asif for 15.

Wickets kept falling at regular intervals but Gambhir was steady at another end as he scored an important 75 to anchor his side to a total of 157/5 in allotted 20 overs.

In reply, Pakistan had a disappointing start and lost Mohammad Hafeez early in the innings. The wickets kept tumbling regularly for Shoaib Malik's side and they were reduced to 104/7 before Misbah-ul-Haq showed his master-class with the bat.

He scored crucial runs for the side and took the game in the last over where they needed 13 runs with one wicket in hand.

Dhoni handed the ball to Joginder Sharma. The right-handed medium pace bowler started off with a wide and was later hit for a six on the second legitimate delivery of the over.

They now needed six runs off four balls and Misbah tried to play a length delivery over short-fine leg but failed the attempt only to give a catch to Sreesanth stationed at the position. India won the inaugural World T20 by 5 runs.

Joginder Sharma recalled the famous last over the 2007 ICC World T20 final and said that Dhoni told him that he would take the responsibility if India lost the game.

Joginder also added that he bowled a slower delivery before Misbah made the shuffle to play the scoop.

"The best thing about Mahi during that over was he told me that if we lose, he would take the responsibility. He asked me to be relaxed and give it my best, even if it was by a margin by one run, we would win, he kept saying," Joginder told Cricbuzz.

"If you have noticed, I have a slight pause in my action and when Misbah was making his shuffle to play the scoop shot, I was just about to take my leap ahead of the delivery stride. I thought I had enough time to slow my delivery down and follow him. I am glad, in fact the entire nation is glad, that it came off well," he added.