The cricketer-turned-politician, who is currently busy with his election campaign, doesn't find anything wrong with Upton's assessment. 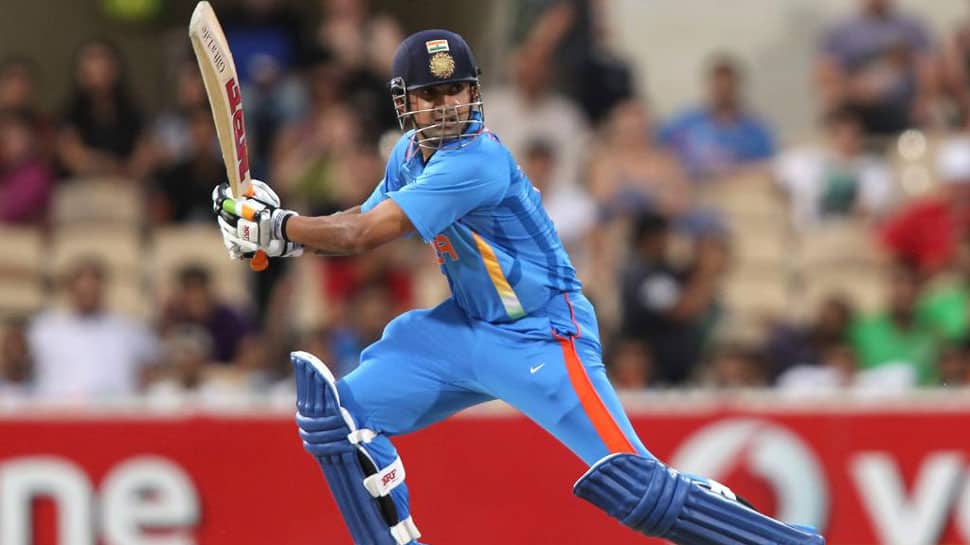 Exuding grace, Gautam Gambhir on Wednesday said he "doesn't see anything wrong" in Paddy Upton's assessment of his insecurities but asserted that he is not a vulnerable man, citing the 97 in the World Cup final to back his point.

In his new book 'The Barefoot Coach', India's former mental conditioning coach has written about notions of mental toughness and how Gambhir, despite being one of the finest Indian batsmen of his time, was perhaps also "one of the weakest and mentally most insecure".

The cricketer-turned-politician, who is currently busy with his election campaign, doesn't find anything wrong with Upton's assessment.

"Well, Paddy Upton is a genuinely nice man and he won't have done anything with any sinful intentions. I have full faith in him," Gambhir told PTI when asked about Upton's comments about him in the newly released book.

"In any case my insecurities as a cricketer are well-documented. It is not as if Paddy has spoken about something that was not there in public domain," said Gambhir, the hero of India's 2007 World T20 and 2011 World Cup victories.

For Gambhir, the insecurity stemmed from his burning desire to attain perfection and he is not "hurt" that Upton has termed him "negative and pessimistic".

"It doesn't hurt me but I would like to put things in perspective. Look, what Paddy couldn't say, maybe he didn't know or the publisher of the book chose to edit it that I wanted the Indian team and myself to be the best in the world."

"That is why I was not satisfied even after scoring a 100 and wanted to score 200 as has been mentioned in Paddy's book. I see nothing wrong there. As a driven individual I have always strived to be the best and raise the bar for myself alone," said the 37-year-old, who top scored with 97 in the 2011 World Cup final.

Gambhir isn't hurt by the public disclosure of what were supposed to be personal sessions with the South African for commercial purpose.

"No, no I am not hurt at all like I said Paddy is a top man. But I'd like to set the record straight that a vulnerable person can't score under pressure situations like a World Cup final," said Gambhir.

Being deemed weakest was perhaps the only point on which Gambhir differed with Upton.

He pointed out that numerous inexplicable rejections, entering a complex Ranji dressing room environment, made him the cricketer that he eventually became.

"I was in school (12th standard) when I made my Ranji Trophy debut for Delhi when they had some stalwarts in the ranks," Gambhir recalled the 1998 season when the likes of Ajay Sharma, Ashu Dani, Akash Malhotra, Vijay Dahiya were part of the side.

"Anyone who understands Delhi cricket will tell you that it was very challenging and a weak-minded person can't do that."

He missed two junior age group World Cups, one U15 led by Reetinder Sodhi (known as Lombard World Challenge) and the maiden U-19 World Cup triumph in 2000 under Mohammed Kaif's captaincy despite staggering statistics at the domestic level.

"I was declined a World Cup spot for under-15s. I was again denied a rightful spot in the under-19s in the year 2000, when I was the highest run-getter in the country and then again in a proper 50-over World Cup in the year 2007."

Gambhir has time and again mentioned how the 2007 ODI World Cup snub made him almost quit the sport at the age of 26.

"These rejections had an impact on me big time but I was mentally strong enough to come back from these reversals and serve my country as much as I could."

According to Gambhir, if he was mentally fragile, he couldn't have led Kolkata Knight Riders for seven years with two titles. More so, he had to fight for acceptance and love from a partisan Kolkata crowd whose favourite son Sourav Ganguly was dumped by the franchise, something a vulnerable man couldn't have possibly achieved.

"Additionally, it is not easy to slip into the shoes of Bengal's favoured son Sourav Ganguly. When I joined KKR in 2011, I was doing that fully aware that I won't be welcomed with open arms.
"I was fortunate that during the seven-year stint with KKR we won the tournament twice, again not something that a weak mind can do," he concluded.

IPL 2019: Chennai Super Kings look to get back on top against Delhi Capitals