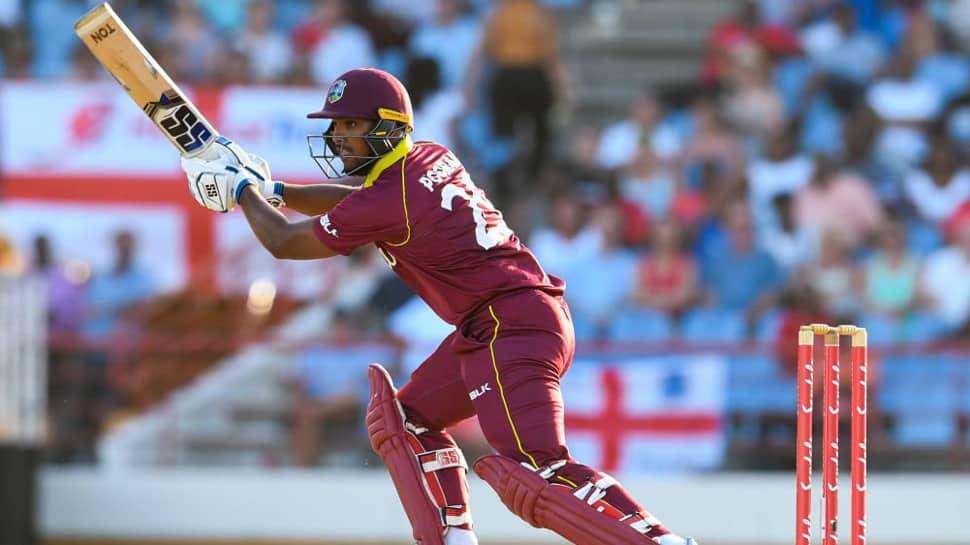 KXIP head coach Mike Hesson has compared Nicholas Pooran to his illustrious West Indian teammate Chris Gayle but the youngster only wants to be 'the best he can be' and justify his Rs 4.2 crore price tag in the IPL.

Hesson recently called him the "young Gayle" and expectations are high but Pooran is not feeling the pressure.

"There is no pressure as yet. Any tournament is an opportunity. I am in a new team and just want to give my best. And to be honest, I am just trying to be the best I can be," the left-handed wicketkeeper-batsman told PTI when asked about the flattering comparison with KXIP and Windies teammate Gayle.

"It has been wonderful so far. Everyone is gelling well. It is also wonderful to have someone (Gayle) from back home as your teammate. I have picked his brains in the past and looking forward to doing the same during the course of this tournament," Pooran, who made his West Indies debut in 2016 following his success in the CPL, said.

He doesn't want to be compared but his "360-degree" game is inspired by the likes of Virat Kohli and AB de Villiers. He takes his wicket-keeping as seriously as his batting and is a self-confessed Mahendra Singh Dhoni fan.

"I do look at a lot of cricketers. Virat and AB are some of the players I like to watch and learn from. I like the way how they adapt to different surfaces, different match situations. Even Chris for that matter. Amongst the other left-handed batsmen, Brian Lara is another obvious name."

"Being a keeper myself, I am a big Dhoni fan as he is the best in the business. I feel I am getting better and better (even when it comes to working behind the stumps)," said Pooran.

He fondly remembers his unbeaten 53 in Chennai and loves playing in India. He has only played 11 Twenty20 Internationals and made his ODI debut last month against England.

Looking ahead, Pooran wants to seal his place in the West Indies' World Cup squad.

"It (the 53 in India) gave me a lot of confidence. The Indian crowd wants to be entertained and I like to entertain the crowd. I have just started playing and the immediate target is to do well for Kings XI Punjab and make a case for selection in the World Cup squad."

Pooran is scoring runs in T20 leagues around the world four years after a horrific car crash back home. At that time, he thought he may never return to the cricket field but is grateful to God for being able to play the game he loves.

"The accident has surely changed the way I live my life. I am very thankful to be on the cricket field again. You never know what is going to happen when you wake up in the morning. I enjoy playing, appreciate every moment and try to do my best on the field. Off the field too, I tell people to enjoy life, it is very important," added Pooran.