Smith was hit twice on day four of the second Ashes Test match -- first on the elbow and then on the neck during bowling by England pacer Jofra Archer. 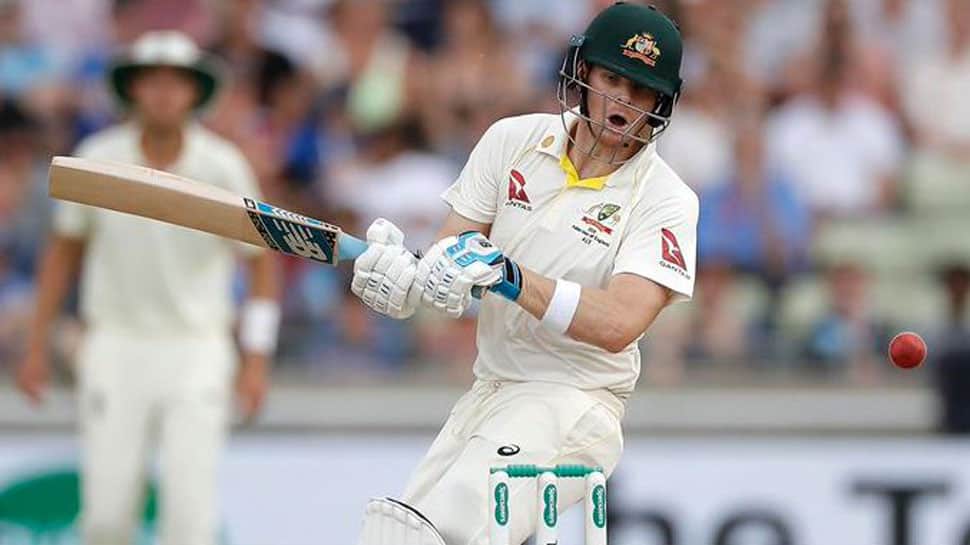 Australia coach Justin Langer said that ruling Steve Smith out of the third Ashes Test is a `no brainer` as he needs some time to get ready.

"It was pretty simple really, when we followed the protocols, he was probably a couple of days off being fit to be selected. There`s been a lot of work go into this concussion substitute, the concussion policy, over many years. The very fact we`ve got one in international cricket goes to show how much has gone into it," Cricket.com.au quoted Langer as saying.

"At the end of the day, it was really a no brainer. He felt a bit better yesterday, but he is not going to have time enough to tick off everything he needs to do to be ready to play," he added.

Smith was hit twice on day four of the second Ashes Test match -- first on the elbow and then on the neck during bowling by England pacer Jofra Archer. The 30-year-old fell down after the second hit and was attended by physios.

The batsman had to leave the park to undergo a concussion test. After he passed the concussion test, the batsman made his way back to the crease and was dismissed by Chris Woakes after scoring 92 runs.

But Steve woke on Sunday morning with a bit of headache and a feeling of grogginess. He was re-tested for concussion which showed his condition had deteriorated. Hence, Smith was ruled out of the final day of the second Ashes Test and Marnus Labuschagne was named as his replacement in the match.

Langer said that Smith is also aware of the fact that he is not 100 per cent ready just yet.

"He obviously, like all the players, wants to play, he loves batting, but he understands as well that he`s not 100 per cent yet and with only a couple of days between Test matches that`s what makes it so difficult," Langer said.

A match against Derbyshire will be played, from August 29-31, between the third and fourth Ashes Test.

Langer said: "It`d be great for (Smith) rather than just doing it in the nets or having throwdowns to play that practice game. We know what he`s like, so look out the Derbyshire bowlers."The third Ashes between Australia and England will start from August 22.