Nobody wants Pakistani players to be associated with fixing again: Misbah-ul-Haq

Misbah acknowledged that the loss of big players like Sharjeel, Latif affected the team but felt it also gave an opportunity to the benched players to showcase their potential. 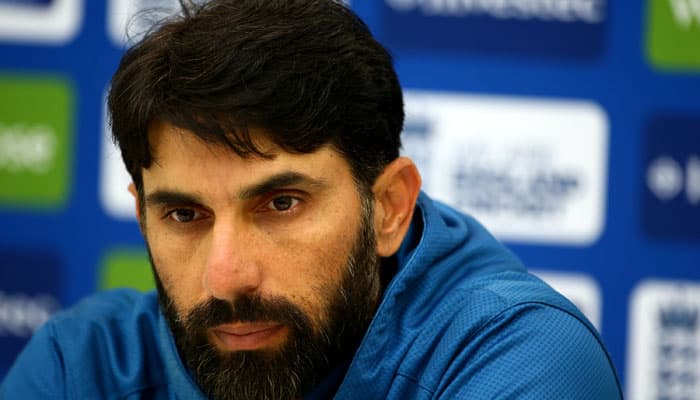 Dubai: Having lost two of his players- Sharjeel Khan and Khalid Latif, from the Islamabad United franchise in the ongoing Pakistan Super League (PSL) on charges of spot-fixing, a dejected skipper Misbah-ul-Haq on Saturday asked his side to handle such incidents with a brave face.

Misbah, who took over the mantle of the national Test side after the infamous 2010 spot-fixing scandal involving Salman Butt, Mohammed Asif and Mohammed Amir, said the repeat of such incidents is of great concern for Pakistan cricket.

"Nobody wants Pakistan and Pakistani players to be associated with fixing again," Misbah was quoted as saying by espncricinfo.

"After six years of hard work such things happening again is a matter of great concern and disappointment. I am really disappointed."

"But, I think whenever such things happen, you have got to be very strong to face them. Forget about the individuals who are responsible and try to make sure that things are not happening again; move forward, try to perform better, try to be disciplined and improve the reputation around the world," he added.

On Saturday, the Pakistan Cricket Board (PCB) issued charge-sheets to the suspended duo of Sharjeel and Latif for their alleged involvement in spot-fixing during the ongoing PSL.

Sharjeel was found to be in violation of five major articles in the PCB`s anti-corruption code while Latif was also found to have breached six major articles under Clause 2, including specific ones to attempt to corrupt a game, as well as more general misdemeanors of failing to disclose suspect approaches.

Latif has been additionally charged for soliciting, inducing, enticing, instructing, persuading, encouraging or intentionally facilitating an attempt to corrupt outcome of the match.

Misbah acknowledged that the loss of big players (Sharjeel, Latif) and West Indian Andre Russell before the season began for an anti-doping code violation, affected the team but felt it also gave an opportunity to the benched players to showcase their potential.

"It obviously affects you when your match-winners and best players go down, but then, there are other boys on the bench raring to go in, and they are equally good," Misbah said.

"There are tough situations, but it`s about the environment and the winning habit so that it doesn`t matter who comes and goes. The boys take inspiration from every win."

"They are building up, they are getting the confidence, and with couple of victories, we have a way forward in this PSL. They know their roles, they are always ready to chip in and win us games. Our squad is capable enough to retain the title this year," he added.

IPL 2017 Auction: Rules, where to watch, Live Streaming, schedule - All you need to know!