West Indies are currently trailing by 0-1 after winning the opening T20I by four wickets in Gros Islet. 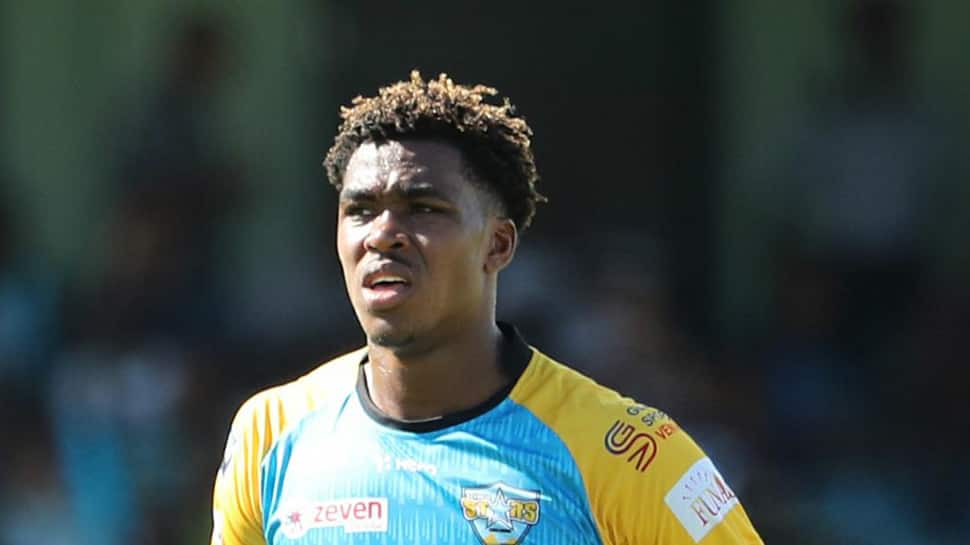 Fast bowler Obed McCoy has been named in the 14-member West Indies squad as a replacement for injured Andre Russell for the last two Twenty20 of the three-match series against England.

Earlier, Russell pulled out of the rest of the England series after a recurrence of the long-lasting knee problem.

"WI Medical Panel outlined that Andre Russell has been withdrawn from the squad, due to an adverse reaction he had to a medical procedure done in Dubai before he flew to the Caribbean," the West Indies Cricket Board (WICB) had earlier said.

As a result, McCoy--who has four wickets to his name from two ODIs he has played since making his debut for the Caribbean side against India in October last year, could be in line to make his T20I debut.

The 22-year-old left-arm fast bowler seemed to have earned his maiden call-up in the national T20I squad following an impressive performance in the Caribbean Premier League and the Global T20 League in Canada where he picked up a total of 10 wickets from 10 matches he played.

West Indies are currently trailing by 0-1 after winning the opening T20I by four wickets in Gros Islet.

The revised squad is as follows: