Tickets for the International Cricket Council (ICC) Men’s T20 World Cup in Australia next year go on sale to the general public on Friday, to coincide with exactly one year to go until the first ball of the men’s event is bowled on October 18, 2020. 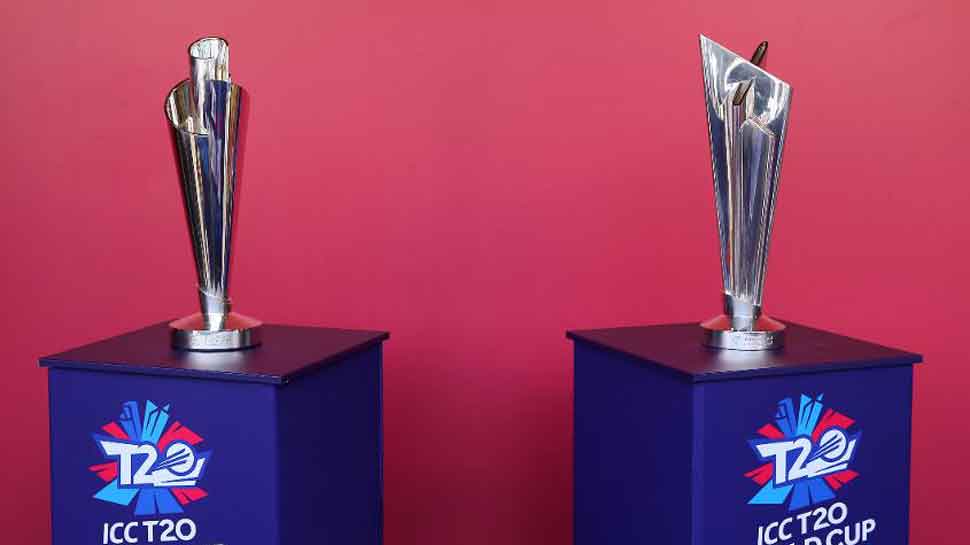 Tickets for the International Cricket Council (ICC) Men’s T20 World Cup in Australia next year go on sale to the general public on Friday, to coincide with exactly one year to go until the first ball of the men’s event is bowled on October 18, 2020.

All tickets for both the women’s and men’s tournaments are on sale at the event's official website, meaning fans can be part of any of the 68 T20 World Cup matches around the country.

The focus is firmly on families and communities, with children’s tickets starting at A$5 and adult tickets available from A$20 across both tournaments.

The ICC Men’s T20 World Cup is the global showpiece event for cricket’s fastest-growing format, and competing teams will be aspiring to reach the final which is set to be held at the Melbourne Cricket Ground on November 15, 2020.

The T20 World Cup forms part of a ground-breaking 12 months for cricket in Australia, starting on Friday with the beginning of the first standalone Women's Big Bash League (WBBL) that will lead into the ICC Women’s T20 World Cup, starting in February.

It’s the first time that Australia will host the T20 World Cup, with matches to be played in eight host cities and 13 venues around the country.

ICC CEO Manu Sawhney said, “We are incredibly excited at the prospect of two ICC T20 World Cups in a single calendar year in Australia, where we know we can be guaranteed big crowds of passionate supporters from around the world. As we saw this summer in the UK, our global events offer a unique opportunity to bring fans from all the competing nations together to celebrate the game they love. The atmosphere that creates combined with the world’s best T20 players taking the stage, makes for a fantastic experience.

Meanwhile, the captains of all the ten participating teams have set their eyes on the coveted trophy.

India captain Virat Kohli said that the focus of his side will be to use the next 12 months in placing themselves in the best posible position to compete for another major ICC trophy.

"Our players will be really motivated to take their opportunities when they get selected for T20I matches to put themselves forward for the T20 World Cup, as we want to have a settled team combination by the time we get to Australia.India won the inaugural T20 World Cup in 2007 when the format was new and the future a bit unknown. Since then, T20 cricket has truly come of age and it would be an honour to be the second Indian captain to lift the T20 World Cup trophy, and hopefully the third if the Indian women can win it earlier in 2020," the ICC press release quoted Kohli as saying.

“We receive such incredible support when we play in Australia, with stadiums often packed with a sea of blue shirts. I hope to see more of that when we come back to Australia next year, " he added.

Meanwhile, Australia captain Aaron Finch said, "The T20 World Cup is going to be a great spectacle and for us as a team a major focus in 2020. It’s the one global trophy that has eluded the men’s team so far and we won’t get a better opportunity than on home soil next year.Anyone can beat anyone on their day in T20 cricket so it’s going to be exciting tournament that will have a number of teams believing they can win. It’s an amazing opportunity for Australia to have the world’s best T20 women’s and men’s players coming next year.”

England captain Eoin Morgan, on the other hand, said that he hopes to see England replicating a similar kind of performance as they displayed at the 2019 ICC World Cup.

“Winning the ICC Cricket World Cup on home soil this year was truly an amazing experience for me and the rest of the team.Our white-ball focus now shifts to next year’s ICC T20 World Cup. Australia is a fabulous country to hold a world tournament and always delivers incredible experiences for players and fans. With one year to go, the team is ready to build on our exploits over the past few months," Morgan said.

“I am delighted to be continuing as captain and competing in this tournament was a motivating factor to lead the team forward in what is a packed year of T20 international cricket," he added.

Here is what other captains have to say about the marquee event:

South Africa captain Faf du Plessis said: “The ICC T20 World Cup in Australia next year is yet another event of its kind that we as the Proteas team are looking forward to. Since the last men’s tournament in India in 2016, we have seen a lot of growth in the format from a South African point of view, with a new generation of young and exciting talent that has and continues to emerge.

“We are currently one year and 17 T20 international matches away from our tournament opener and look forward to taking our place in Group 1 of the Super 12 stage alonside India, England and Afghanistan.”

Bangladesh captain Shakib Al Hasan said: “To be very honest, we have not been able to show consistency in the T20 format over the years. We have not played the game as well as we would have liked to. Having said that, we have performed fairly well in tournaments. We made it to the Super Eights in the inaugural ICC World T20, played the final of the Asia Cup and a few tri-nation events and we really pushed India and Australia in the 2016 World T20. There are some young talents coming up and there is also plenty of experience in the side. We require good focus throughout the campaign including getting past the first round. We are better equipped now to adapt to different conditions and we will need to prove that again in the World Cup."

Sri Lanka captain Lasith Malinga said: “In order to make sure that Sri Lanka does well in the T20 World Cup in 2020, now we are in the process of building up a very strong team by introducing new players, who are more suited to the shortest format of the game.

Afghanistan captain Rashid Khan said: "This is the format we are mostly famous for, and it means a lot. It's a proud moment for us to be playing in a World Cup. We are really excited about that and hopefully we can have a good preparation.It will be challenging for us. We are mostly famous for having good spinners, but at the same time we have one year and definitely we will try our best to find good fast bowlers."

New Zealand captain Kane Williamson said: “To be a year out from another ICC World Cup is exciting and really does put the focus on T20 cricket.It’s a format our team enjoys and series against England, India and Australia this summer will bring a number of different challenges and opportunities to build as a team.”

West Indies captain Kieron Pollard said: “It’s an honour and truly wonderful feeling to lead West Indies in a major international tournament. The pressure is going to be on, being the defending champions, but we have to play well as a team in order to be competitive. We will be looking forward to it.A couple keys to defending the title are playing well and playing consistently. We are a confident team, we back our strengths – one of which is our six-hitting ability – but also mixing that sort of aggression and that awesome power with smart, intelligent cricket as well."

India can emulate world-beating sides of past, says Brian Lara