Sarfaraz Ahmed and Haider Ali have replaced Azam Khan and Mohammad Hasnain respectively, while Fakhar Zaman, who was originally named as a travel reserve, has swapped places with Khushdil Shah in Pakistan's final squad for the T20 World Cup 2021. Saqlain Mushtaq has been named the interim head coach. 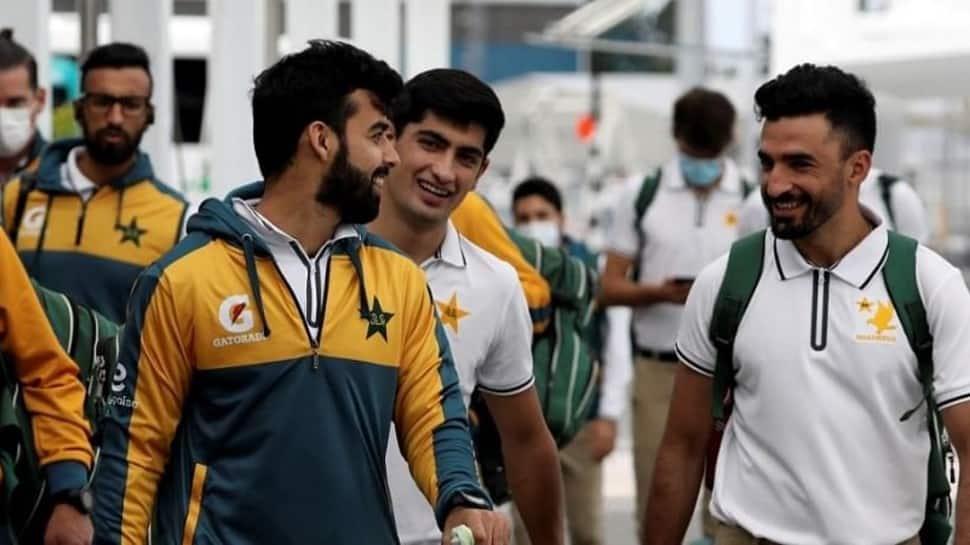 Pakistan national selectors on Friday confirmed Pakistan's squad for the ICC men's T20 World Cup 2021, which will be held in the UAE and Oman from October 17 to November 14. From the squad that was announced on September 4 and after taking into consideration player performances and form, the selectors have made three changes.

Sarfaraz Ahmed and Haider Ali have replaced Azam Khan and Mohammad Hasnain respectively, while Fakhar Zaman, who was originally named as a travel reserve, has swapped places with Khushdil Shah. Saqlain Mushtaq has been named the interim head coach.

"After reviewing player performances in the highly-competitive National T20 and in consultation with the team management, we have decided to include Haider Ali, Fakhar Zaman and Sarfaraz Ahmed in the squad for the ICC Men's T20 World Cup 2021," said Chief selector Muhammad Wasim in a Pakistan Cricket Board's (PCB) release.

"The three in-form players bring with them wealth of experience and talent, and provide further stability, balance and strength to the side.

Notably, netizens were quick to react to Sarfaraz's inclusion in the squad as they took to Twitter to welcome the former Pakistan skipper back in the squad.

Taptaan is back
I hope team management will provide him opportunity in playing XI from first game.
He will prove to be the stronghold in middle order, especially in UAE conditions.#WithYouSarfaraz#SarfarazAhmed#T20WorldCup #CricketTwitter pic.twitter.com/VCDQy7KJCT

Meanwhile, the decision on Sohaib Maqsood's inclusion in the squad will be made following medical advice. The top-order batter underwent MRI scans for the lower back after the National T20 match against Northern and missed Thursday's Punjab derby against Central Punjab.

Pakistan is in Group 2 and will open their campaign against India on October 24 at the Dubai International Cricket Stadium. The group will also have Afghanistan, New Zealand, and two qualifiers from Round 1.

IPL 2021: 'Some experiments come off, some don't', says Virat Kohli about THIS RCB player